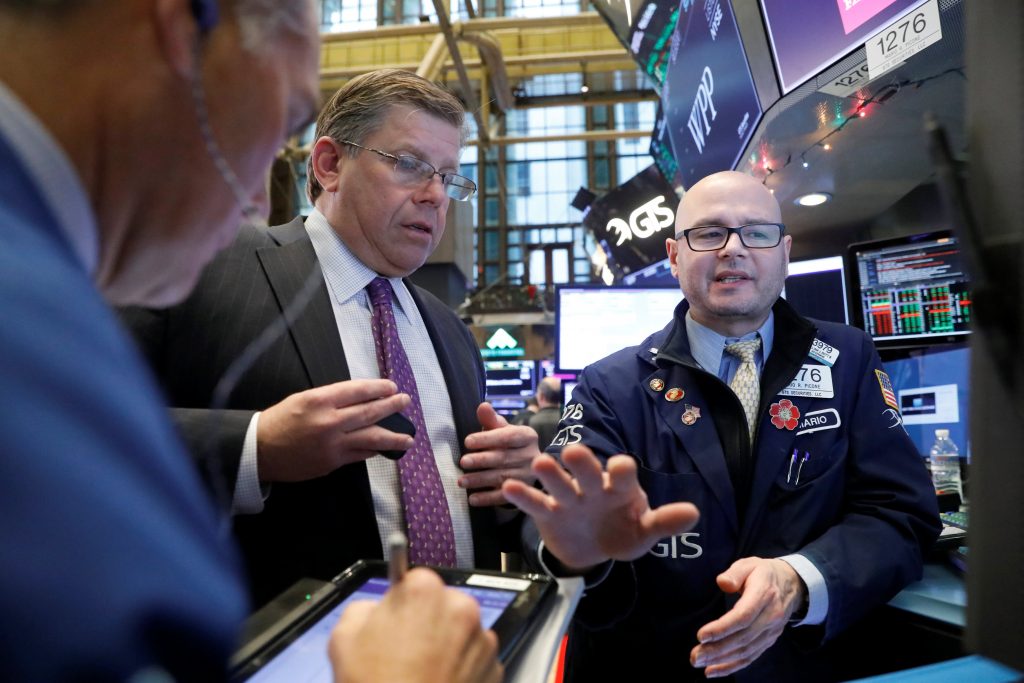 U.S. stocks moved higher in afternoon trading Wednesday, driven by gains in industrial and health-care companies. Banks lagged the most. Energy stocks also fell as the price of crude oil headed lower. Smaller company stocks notched some of the biggest gains after the GOP leadership in the House and Senate reached a deal on a tax package.

TAX DEAL: Republican leadership in the House and Senate forged an agreement Wednesday on a sweeping overhaul of the nation’s tax laws. The move paves the way for final votes next week to slash taxes for businesses and give many Americans modest tax cuts starting next year. The news helped boost shares in smaller companies.

“If you look at the mix today, small caps are doing better than large caps,” said Sameer Samana, global technical and equity strategist for Wells Fargo Investment Institute. “Clearly, they would be the better beneficiaries because they tend to pay higher tax rates.”

FED WATCH: Investors appear confident that the economy can withstand a gradual increase in rates. However, they will be keeping a close eye on Fed Chair Janet Yellen’s comments during a news conference for signals on how aggressive the Fed might be in raising rates next year.

“The current expectation on the part of the Fed is they will raise interest rates three times next year, but clearly one of the debates that’s been ongoing is what does the low level of inflation mean for the path going forward?” Samana said.

INDUSTRIALS GAIN: Industrials sector stocks accounted for much of the market’s gains. Caterpillar climbed $5, or 3.5 percent, to $148.37.

APPLE TAKES A BITE: Finisar jumped 29 percent after Apple said it will invest $390 million in the fiber optic component supplier so it can make more lasers used in facial recognition technology. Finisar increased $5.60 to $24.90. Apple was up 86 cents, or 0.5 percent, to $172.56.

DELIVERY DEAL: Target rose 2 percent after the retailer said it plans to boost its same-day delivery capability by paying $550 million for Shipt. The delivery service company charges members $99 a year and sends people out to choose and deliver groceries from stores. Target climbed $1.23 to $62.25.

OUT THE DOOR: Diebold fell 4.1 percent after the ATM and security systems maker said CEO Andreas Mattes has resigned. The stock fell 75 cents to $17.75.

FINANCIALS FLOUNDER: Banks and other financial stocks declined the most. Charles Schwab slid 72 cents, or 1.4 percent, to $50.84.

THE BITCOIN TRADE: Bitcoin futures fell $1,480, or 8 percent, to $16,540 on the Cboe Futures Exchange. The futures allow investors to make bets on the future price of bitcoin. The average price of an actual bitcoin was $16,070 in trading on private exchanges, according to Coindesk. The price of the digital currency has soared this year, having begun 2017 under $1,000.