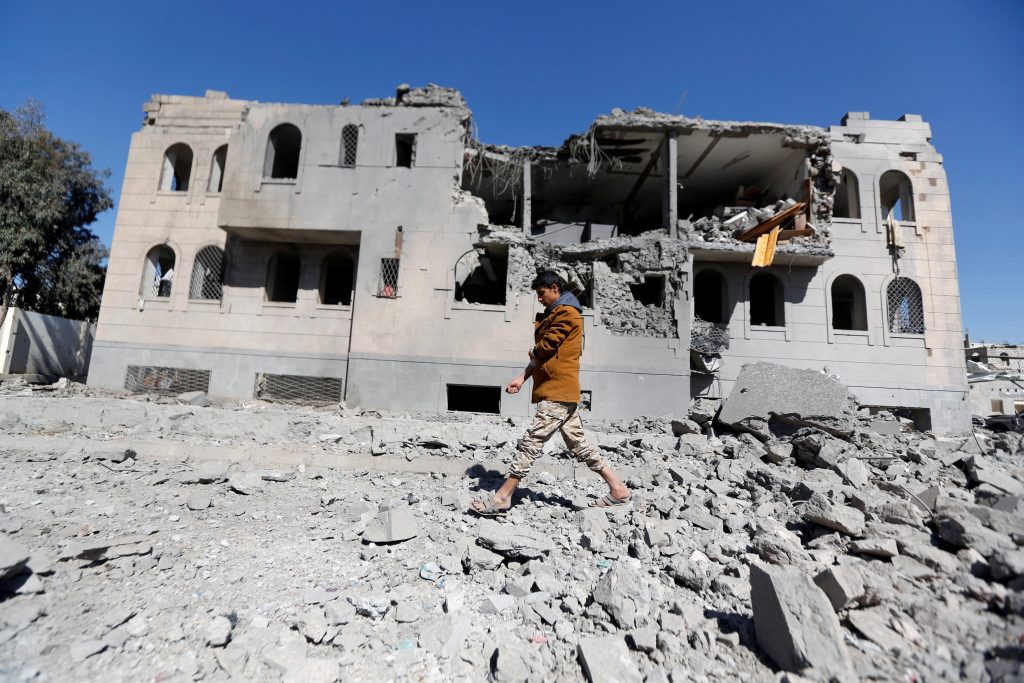 Saudi-led coalition aircraft struck a military police camp in the Houthi-controlled Yemeni capital Sanaa on Wednesday, killing at least 39 people and wounding 90 more, including some prisoners, an official and witnesses said.

The strike is part of an air campaign by the Western-backed coalition on the Iran-allied Houthis that has escalated since the Houthis crushed an uprising last week led by former Yemeni president Ali Abdullah Saleh and killed him.

One official in the camp said the coalition aircraft had launched seven raids on the camp, located in the eastern part of Sanaa, where some 180 prisoners were being held.

The official said rescue teams had pulled out 35 bodies from the rubble, while the rest were not accounted for.

It was the latest in a string of air raids the coalition has conducted on Sanaa and other parts of the country, sometimes causing multiple casualties among civilians.

A spokesman for the Saudi-led coalition could not immediately be reached for comment on the report. The coalition denies that it targets civilians.

The United States and Britain provide political backing as well as weapons and logistical support for the Saudi-led coalition, which has been fighting since 2015 to restore Yemen’s internationally recognized president, Abd-Rabbu Mansour Hadi, to power.