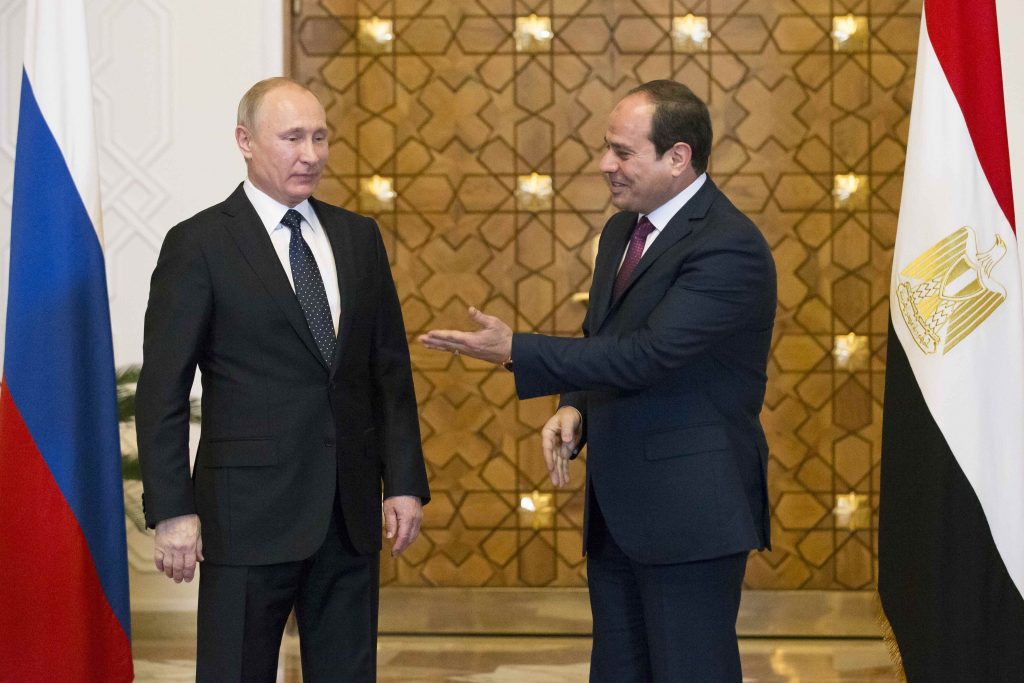 Putin’s visit reflects growing ties between Russia and Egypt, the second largest recipient of U.S. military aid after Israel and a strategic U.S. partner in the Middle East because of its control of the Suez Canal.

Putin, who was due to fly to Turkey after Cairo, briefly visited a Russian base in Syria before arriving in Egypt and ordered Russian forces to start withdrawing from Syria after a two-year military campaign.

Putin and Sisi are expected to sign bilateral agreements, including one for Egypt’s Dabaa nuclear power plant, and to discuss resumption of Russian flights to Egypt as soon as possible, a presidential spokesman told MENA state news agency.

Moscow halted civilian air traffic to Egypt in 2015 after militants bombed a Russian Metrojet flight leaving from the tourist resort of Sharm el-Sheikh, killing 224 people on board.

The high-level Russian visit comes after the U.S. government in August decided to deny Egypt $95.7 million in aid and to delay another $195 million because of its failure to make progress on human rights and democratic norms.