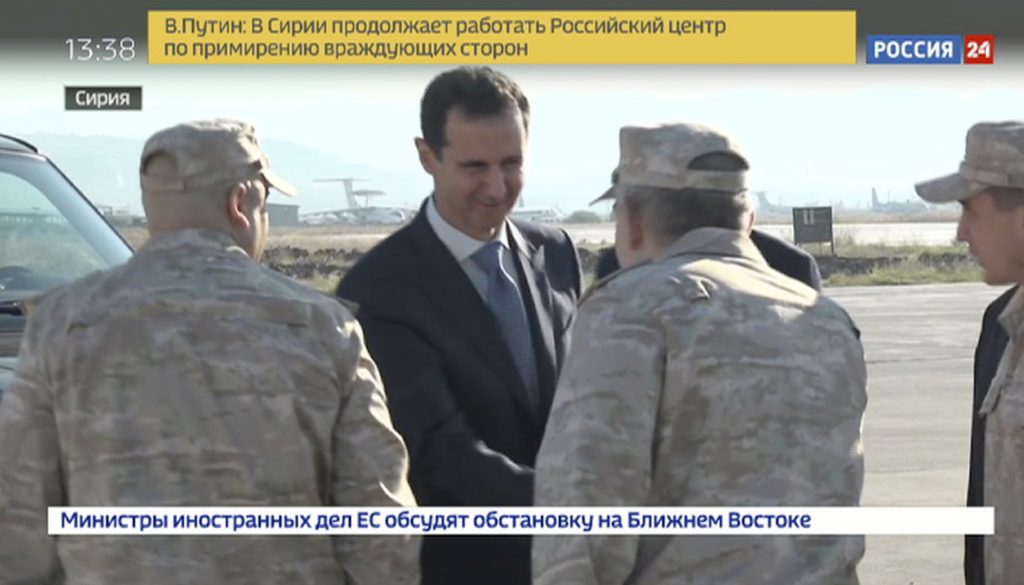 President Vladimir Putin on Monday ordered Russian forces in Syria to start withdrawing, saying that after a two year military campaign, Moscow and Damascus had achieved their mission of destroying the Islamic State terror group.

Putin made the announcement during a surprise visit to Russia’s Hmeymim air base in Syria’s Latakia Province where he held talks with Syrian President Bashar al-Assad and addressed Russian military servicemen.

Russia first launched air strikes in Syria in September 2015 in its biggest Middle East intervention in decades, turning the tide of the conflict in Assad’s favor while dramatically increasing Moscow’s own influence in the Middle East.

Putin on Monday gave the order for Russian forces to start withdrawing to their permanent bases in Russia, the Kremlin said on its website.

“The task of fighting armed bandits here in Syria, a task that it was essential to solve with the help of extensive use of armed force, has for the most part, been solved and solved spectacularly,” Putin said, in remarks broadcast on Russian television.

“I congratulate you!,” Putin told Russian servicemen gathered at the base.

He was also quoted as saying that Russia would keep the Hmeymim air base as well as a naval facility at the Syrian port of Tartous.