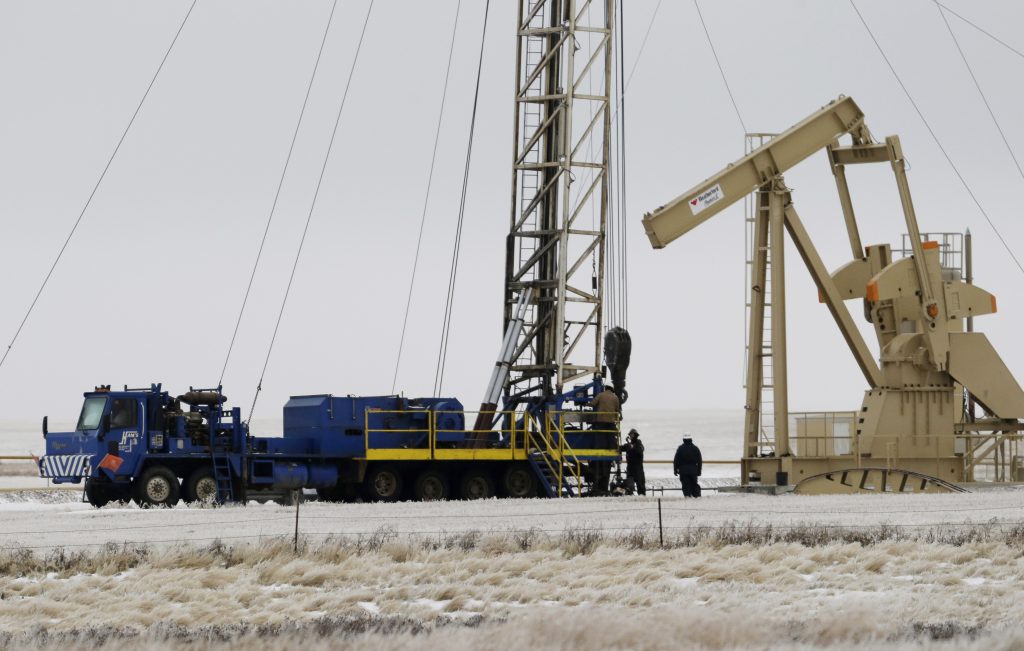 Industry officials and Hoeven want the USGS to take into account 17 other formations in western North Dakota’s oil patch that could be exploited using technology developed for the Bakken and the Three Forks directly beneath it.

Werkheiser’s letter said the agency would do that but gave no details on when the assessment would start, or when it would be completed.

He said the federal agency would work with “appropriate state and local officials and technical experts to ensure we develop the best possible product in a timely manner.”

Ron Ness, president of the North Dakota Petroleum Council, which represents nearly 500 energy companies working in the state, said the new assessment should “provide a much clearer picture of the resources we have in North Dakota.”

In 2013, the USGS released data that showed 7.4 billion barrels of oil could be recovered from the Bakken and Three Forks spanning parts of North Dakota and parts of Montana, nearly double the amount the agency previously estimated for the region in 2008.

North Dakota state geologist Ed Murphy said advances in drilling and hydraulic fracturing technology learned from the Bakken and Three Forks could open up other formations in the state.

The Bakken formation accounted for just 6 percent of the 108,000 barrels of oil daily in 2006, Murphy said. Today, with advances in drilling technology, the Bakken and the underlying Three Forks accounts for 96 percent of the state’s 1 million barrel daily output, he said.