Business Bic Was Hip; But Then the World, and Investors, Moved On
Business 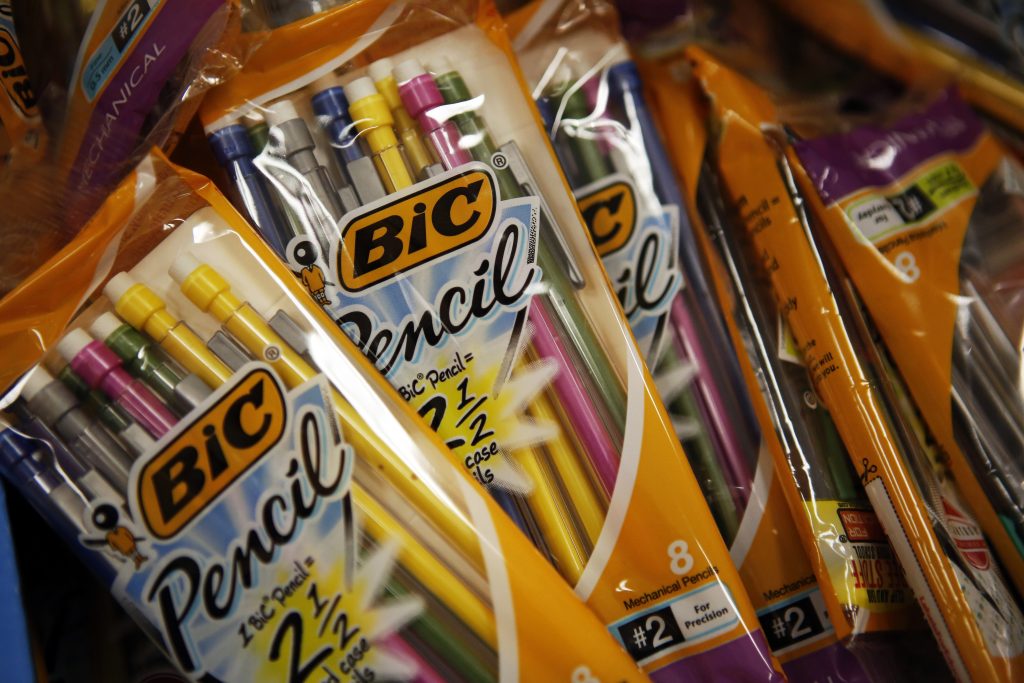 Smoking rates have been falling for decades, smartphones and tablets are replacing pen and paper, and beards are all the rage. It’s no wonder investors have turned their backs on Societe Bic SA.

Shares in the French maker of lighters, pens and razors have slumped 40 percent from their 2015 peak. The family-controlled company that built a global brand in the 1960s and 1970s with brightly colored products and kicky marketing now is struggling to catch up with rivals that have embraced online sales and shifting consumer trends.

Analysts and investors aren’t ready to call the bottom yet: The stock has the lowest analyst rating of any similarly sized household products or office supplies company in Europe, and the highest percentage of shares sold short, according to data compiled by Bloomberg and Markit.

“Bic is a company at a standstill,” said Yorick Cazal, an independent wealth manager in Lausanne, Switzerland, who sold his shares in Bic a few years ago. “The problem is the distribution channels and its relationship with distributors.”

The stock took its latest leg down in October after the company reported disappointing third-quarter sales, after twice cutting its outlook for growth earlier in the year. Bic was little changed Monday at 95.95 euros, giving the Clichy, France-based company a market value of 4.6 billion euros ($5.4 billion).

Bic has no online presence of its own in the U.S. shaver market to compete with Procter & Gamble Co.’s Dollar Shave Club and startup Harry’s. In its other businesses, the company is feeling pressure from Pilot Corp.’s erasable Frixion pen and from cheaper Chinese lighters.

Bic is doing what needs to be done to catch up to rivals and revive growth, Chief Executive Officer Bruno Bich said. The company is rolling out an online subscription razor service, the Bic Shave Club, in France and the U.K., and it’s pushing deeper into emerging markets with its products, he said.

“We are working on new products; we are very open to new distribution systems,” the CEO, the 71-year-old son of co-founder Marcel Bich, said in a telephone interview. “We are pushing to get market share in a difficult market. What is true is that markets are difficult, are changing faster and deeper than I have ever seen, and we are adjusting to it.”

Erasable Frixion pens — the rage among schoolchildren for the past few years — have been more of an issue, prompting Bic to introduce its own erasable pen, and refreshing its staple 4-color pen. The product, which the company has been selling for 47 years, is now available in 17 different color versions, Gonzalve Bich said.

To keep its lighters colorful and attractive, it signed partnerships with Brazilian soccer teams. Bic is continuing its lobbying efforts in Europe and China to obtain enforcement of safety rules on lighters imported from Asia.

The company also continues to invest in India and other emerging markets to consolidate its market share in those parts of the world, Gonzalve Bich said.

Not everyone is bearish on Bic. Oddo analyst Christophe Chaput raised his recommendation on the stock last month to buy from neutral, citing better prospects for the company this quarter.

Customer trends may be changing, but Bic’s CEO has no intentions of giving up. The company isn’t for sale, he says. The Bich family owns 43 percent of the stock and has almost 60 percent of the votes at shareholder meetings, according to a regulatory filing.

“We have received approaches; we were never interested,” Bich said, declining to give details. “The family is extremely attached to the business, the quality of the products.”

Cazal, the Lausanne wealth manager, says he believes in Bic and its long-term capacity to build high-quality products, and he likes the 3.6 percent dividend yield. He would be willing to buy the shares again if the stock were to go down further.

“It’s a good stock, it pays good dividends,” he said. “Still, in today’s time it’s hard to get excited about lighters, pens and shavers.”