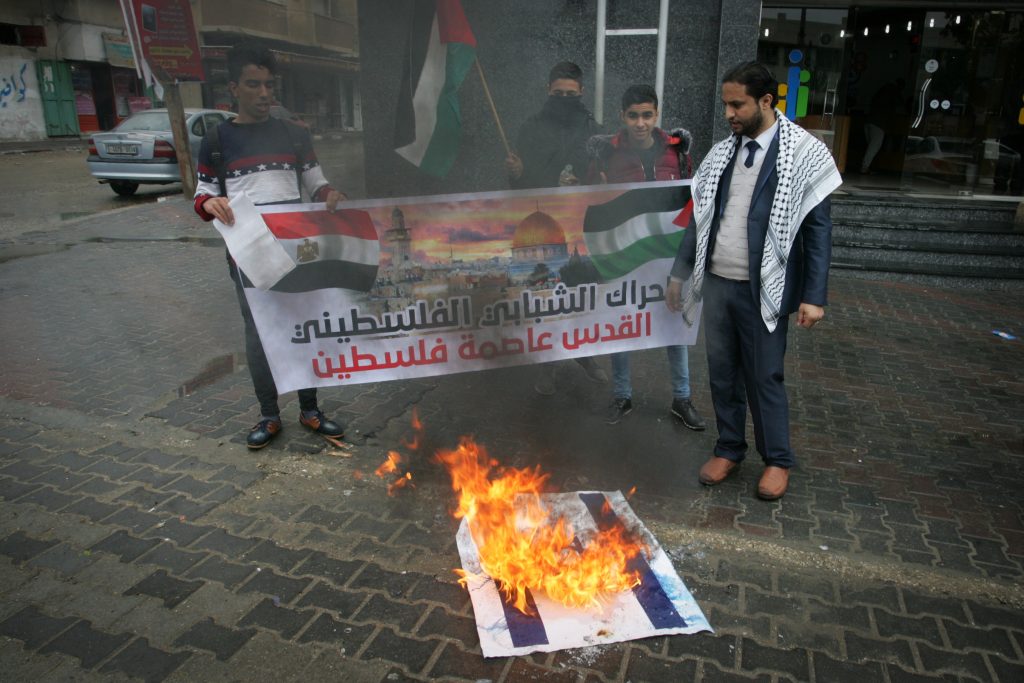 IDF sources said Wednesday that they were “ready for any scenario” that might develop as Palestinians threatened “days of rage” over the expected declaration by President Donald Trump that the U.S. recognizes Yerushalayim as Israel’s capital. The officials told Yisrael Hayom that the army is taking the matter seriously, but the army did not say where, or even whether, it was deploying more forces in preparation for the announcement.

The Palestinian Authority on Tuesday issued official instructions to residents of PA-controlled areas of Yehudah and Shomron on the expected announcement. PA schools were instructed to hold discussions on the importance of Yerushalayim to Palestinians, and Fatah is organizing mass protests in PA cities for later Wednesday, in the hours before Trump makes the expected announcement in a speech set for 1 p.m. EST. Observers noted that PA media was playing music and broadcasting programs with major elements of anti-Israel incitement, Yisrael Hayom said.

In addition, the warning said, “United States citizens should avoid areas where crowds have gathered and where there is increased police and/or military presence. We recommend that U.S. citizens take into consideration these restrictions and the additional guidance contained in the Department of State’s travel warning for Israel, the West Bank and Gaza when making decisions regarding their travel.”