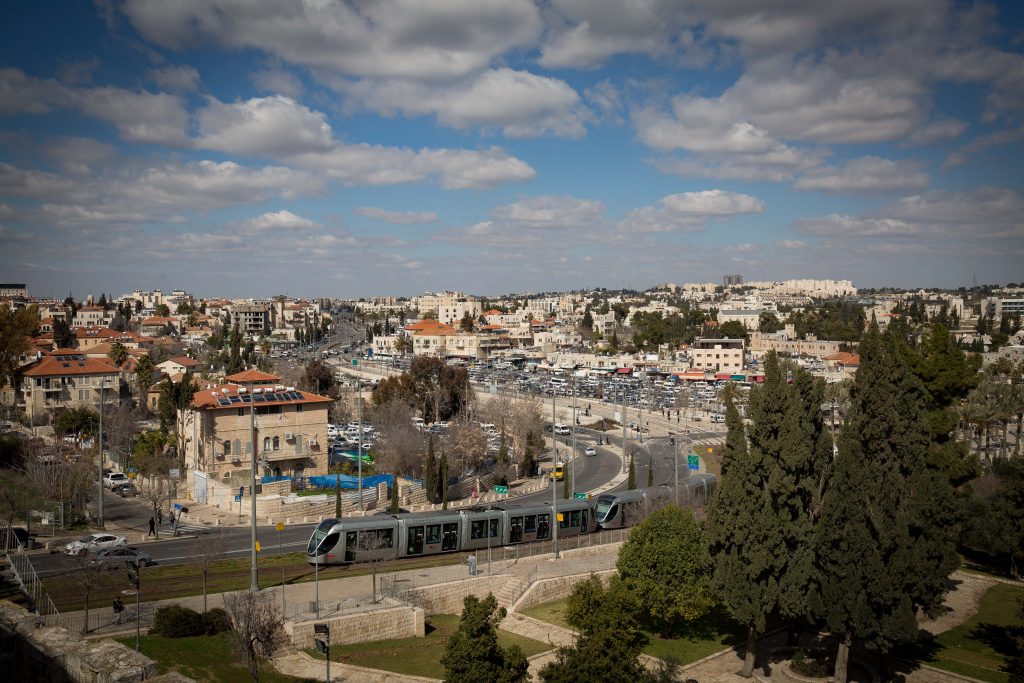 Following days of conflicting reports on President Trump’s intentions with regards to the recognition of Yerushalayim as Israel’s capital and moving the American embassy from Tel Aviv, White House officials said Tuesday night that the President intended to announce Wednesday that the U.S. would officially recognize Yerushalayim as the capital of Israel, as well as the beginning of a years-long process to move the U.S. embassy from Tel Aviv to a suitable place in Yerushalayim.

A law passed by Congress in 1995 calls for recognition of Yerushalayim as Israel’s capital and for the U.S. embassy to be moved there, but allowed for the President to sign a waiver every six months temporarily pushing this move off in consideration of U.S. foreign interests. Previous presidents had promised as candidates to follow through with recognizing Yerushalayim and moving the embassy, but have consistently availed themselves of the waiver as President, including President Trump six months ago. The deadline for the latest waiver is this week.

White House officials explained that the message that the President wished to send by recognizing Yerushalayim as Israel’s capital was an acknowledgement of reality – both historical, considering the centrality of Yerushalayim in Jewish history and in Judaism, as well as the fact that the seat of Israel’s government is situated there. Those officials noted that the rationale provided by previous administrations for delaying the move, namely the hope that the peace process would be served by maintaining the status quo, had been belied by the decades passing with no progress to show for it.

The White House stressed that this would not impact any of the issues of contention in a possible peace agreement, such as the commitment to a two-state solution as a whole or specifically the boundaries of the capital and the status of the Kosel. Israel’s government is located in West Yerushalayim which has been under Israel’s control since the founding of the state.

Finally, the White House said that President Trump will announce a directive to the State Department to initiate the process of moving the U.S. embassy from Tel Aviv to Yerushalayim. The U.S. embassy employs thousands of people and moving it properly to Yerushalayim would necessitate a suitable facility which has yet to have been found. The congressional law mandating the move of the embassy calls for financial penalties until the new embassy is actually opened, thus necessitating that President Trump sign the waiver this week and again as necessary until the entire new structure can be built, completed and opened. The White House drew a comparison to the plans for a new site for the U.S. embassy in London which were announced in 2008 and are still in the process of completion. Specific plans for the Yerushalayim embassy will therefore not be immediately available.