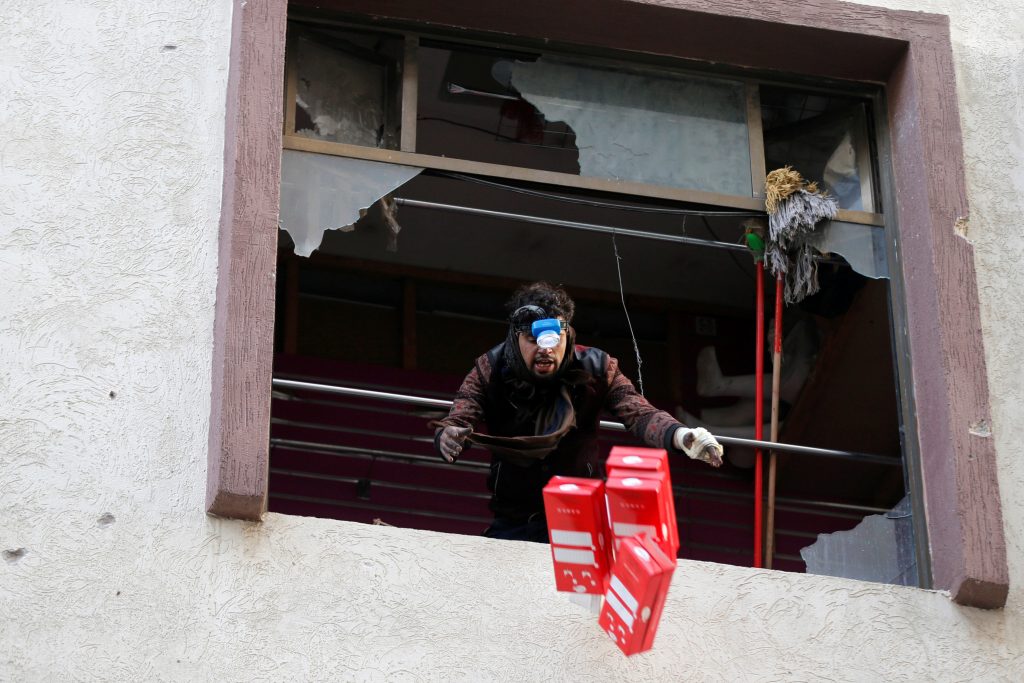 The son of Yemeni ex-president Ali Abdullah Saleh, who was killed by the armed Houthi movement after switching sides in the civil war, called for revenge against the Iran-aligned group on Tuesday, Saudi-owned al-Ekbariya channel quoted him as saying.

It was not immediately possible to verify the authenticity of the report.

“I will lead the battle until the last Houthi is thrown out of Yemen … the blood of my father will be ringing in the ears of Iran,” Ahmed Ali Saleh was quoted as saying.

He called for his father’s backers to “take back Yemen from the Iranian Houthi militias.”

The veteran former leader was killed in a shooting attack on Monday after switching sides, abandoning his Houthi allies in favour of a Saudi-led alliance.

Saleh’s death deepens the complexity of the multi-sided war. Much depends on the future allegiances of his loyalists.

The Saudi-led coalition was counting on him to give them an edge in the conflict.

Saleh had a wide following in Yemen, including army officers and armed tribal leaders who once served under him, and his supporters may still be able to have some impact on the war.

Ahmed Ali has lived under house arrest in the United Arab Emirates, where he once served as ambassador before it joined ally Saudi Arabia to make war on the Houthis, who until this week had ruled much of Yemen together with Saleh.

Political sources say he had been held incommunicado and under guard at a villa in the UAE capital, Abu Dhabi. His reported first public statement may indicate that his former enemies in the coalition are unleashing him against the Houthis.

The UAE is a key member of the mostly Gulf Arab alliance that sees the Houthis as a proxy of their archenemy, Iran, but had struggled to make gains against the Houthi-Saleh alliance despite thousands of air strikes backed by U.S. and Western arms and intelligence.

Ahmed Ali, the powerful former military commander of Yemen’s elite Republican Guards, appeared to have been groomed to succeed his father, and he may be the family’s last chance to win back influence.

The whereabouts of Saleh’s other key relatives, who had led six days of street battles against the Houthis in the capital Sanaa before their rout on Monday, were unknown.

Residents reported that fighting had subsided but that Saudi-led coalition jets pounded several targets, including the downtown presidential palace where a governing body led by Houthi-Saleh politicians had regularly convened.

The Houthi leader, Abdul Malik al-Houthi, hailed Saleh’s death in a speech on Monday as a victory against a treasonous conspiracy by Yemen’s Saudi enemies and called for a mass rally on Tuesday at a parade ground near the site of the air strikes.

He also reached out to Saleh’s political party and said his movement had no quarrel with it, underscoring the influence his allies still have in Yemen.

In the southern city of Aden, residents set off fireworks and expressed joy. Saleh was almost universally hated throughout southern Yemen after he launched a war to unify the country in 1994, lobbing ballistic missiles at the city.

But his legacy is mixed. He is still loved in much of the north and many supporters will bear a grudge toward his killers.