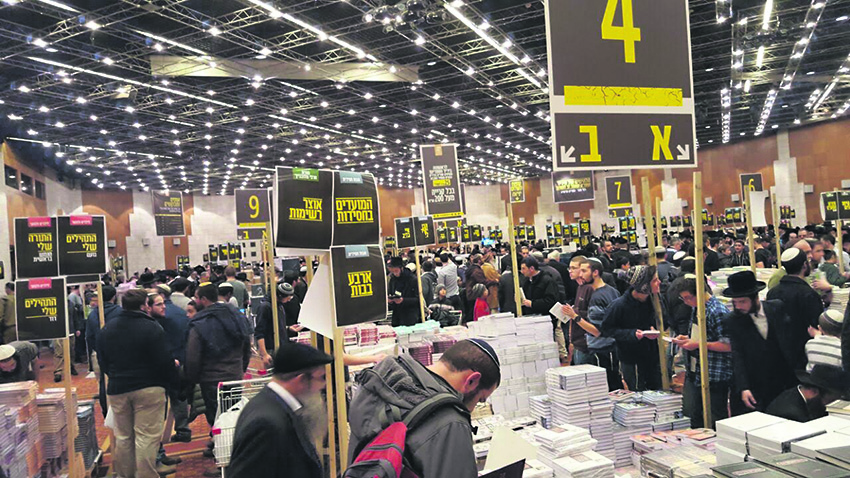 An estimated 60,000 people are participating in a sifrei Chassidus book fair being held at Binyanei Ha’umah this week, and culminating on 19 Kislev, the day of the redemption of the Baal HaTanya of Chabad, zy”a.

The exhibition includes thousands of titles from the world of chassidic philosophy, from the Baal Shem Tov to the giants of the world of Chassidus throughout the generations, at subsidized one-time-only prices.

An estimated 400 tons of books arrived in 40 large trucks ahead of the sefarim fair.

The fair opened on Sunday and was to last five days until Thursday. It includes 2,500 square meters of sefarim as well as CDs.

The fair will wrap up with a large farbrengen on Thursday night featuring Harav Yoel Kahn, the chozer of the words of the last Lubavitcher Rebbe.