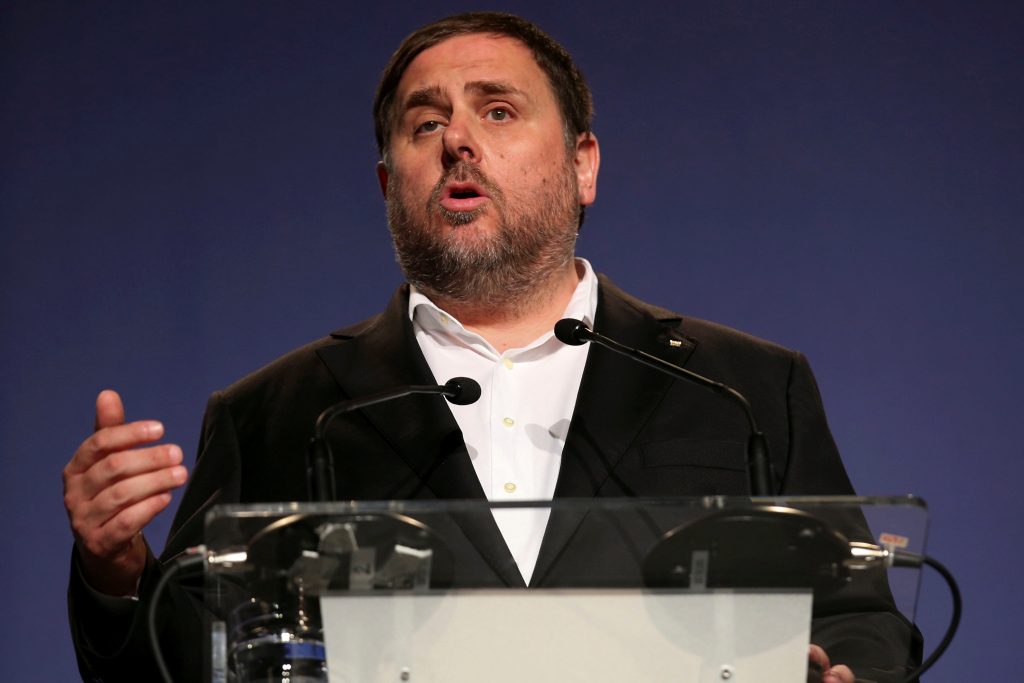 Six other former members of the Catalonia Cabinet, detained in custody ahead of an investigation into their part in an illegal unilateral declaration of independence by the then-regional government on Oct. 27, were set bail of €100,000 ($118,570).

The Catalonian leaders’ organization of an independence vote on Oct. 1 and subsequent declaration of independence, both acts banned under Spain’s constitution, have tipped the country into its worst political crisis in more than four decades.

The central government sacked the previous government within hours of the declaration and called a regional election for Dec. 21.

The eight former members of the Cabinet were detained in custody on Nov. 2, facing potential charges of sedition, rebellion and misappropriation of funds. They have since called to be released to campaign for the election.

The former leader of the Catalonia government, Carles Puigdemont, and four of his disbanded Cabinet, are in self-imposed exile in Belgium under conditional release after an international arrest warrant was served against them.

In a court statement, the judge ruled that, while he considered there was no risk the defendants would leave the country, he did believe there was a risk of criminal reiteration.

Campaigning for the election, with Junqueras at the head of the list for his party ERC, begins on Tuesday and polls have shown that support for independence is running in a dead heat with support for continued unity with Spain.