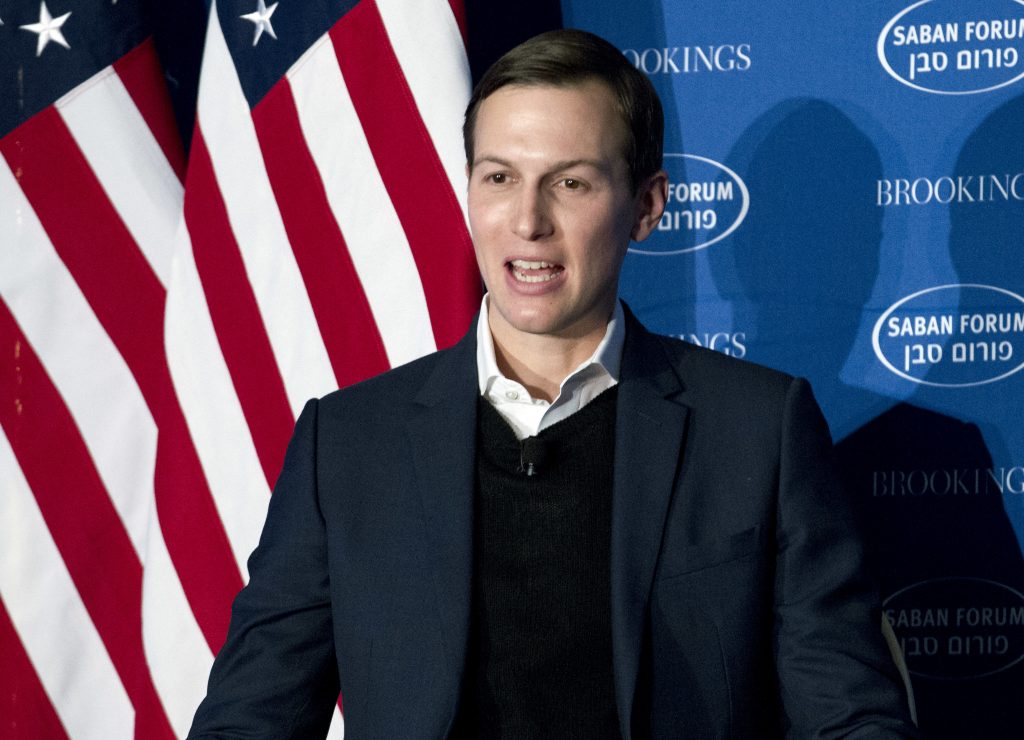 President Donald Trump has not yet decided whether to recognize Jerusalem as Israel’s capital or whether to proceed immediately in moving the U.S. Embassy from Tel Aviv to the holy city. That’s according to his son-in-law and senior adviser Jared Kushner.

Kushner said Sunday that the president continues to weigh his options ahead of an announcement on the matter that is expected this week.

“The president is going to make his decision,” Kushner said in a rare public appearance at an event hosted by the Brookings Institution, a Washington think tank. “He is still looking at a lot of different facts.”

Kushner’s comments were his first public remarks on his efforts to restart peace talks between Israel and the Palestinians. And, they came as he faces increasing scrutiny over actions taking during the transition period following former national security adviser Michael Flynn’s guilty plea on charges of lying to the FBI.

“Any American step related to the recognition of Jerusalem as capital of Israel, or moving the U.S. Embassy to Jerusalem, represents a threat to the future of the peace process and is unacceptable for the Palestinians, Arabs and internationally,” Abbas told a group of Arab lawmakers from Israel, according to the official Wafa news agency.

The highly charged declaration risks inflaming tensions across the Middle East, and U.S. embassies and consulates around the region have been warned to expect protests. But it would also offset disappointment from Trump supporters from deferring once again his campaign promise to move the U.S. Embassy to Jerusalem.

President Trump’s announcement will follow months of internal deliberations that grew particularly intense last week, according to officials familiar with the discussions. They described the president as intent on fulfilling his pledge to move the embassy but also mindful that doing so could set back his aim of forging a long-elusive peace agreement between Israel and the Palestinians, who claim part of Jerusalem as the capital of an eventual state.

Moving the embassy could spark widespread protest across the Middle East and undermine an Arab-Israeli peace push led by Kushner. President Trump’s campaign season promises won him the support of powerful pro-Israel voices in the Republican Party. But as president, he has faced equally forceful lobbying from close U.S. allies such as King Abdullah II of Jordan, who have impressed on him the dangers in abandoning America’s carefully balanced position on the holy city.

Under U.S. law signed by President Bill Clinton in 1995, the U.S. must relocate its embassy from Tel Aviv to Jerusalem unless the president waives the requirement on national security grounds, something required every six months. If the waiver isn’t signed and the embassy doesn’t move, the State Department would lose half its funding for its facilities and their security around the world. Republicans have championed embassy security since a 2012 attack on American compounds in Benghazi, Libya.

President Trump is likely to issue a waiver on moving the embassy by Monday, the officials said, though they cautioned that the president could always decide otherwise.

All presidents since Clinton have issued the waiver, saying Jerusalem’s status is a matter for Israelis and Palestinians to negotiate. President Trump signed the waiver at the last deadline in June, but the White House made clear he still intended to move the embassy.