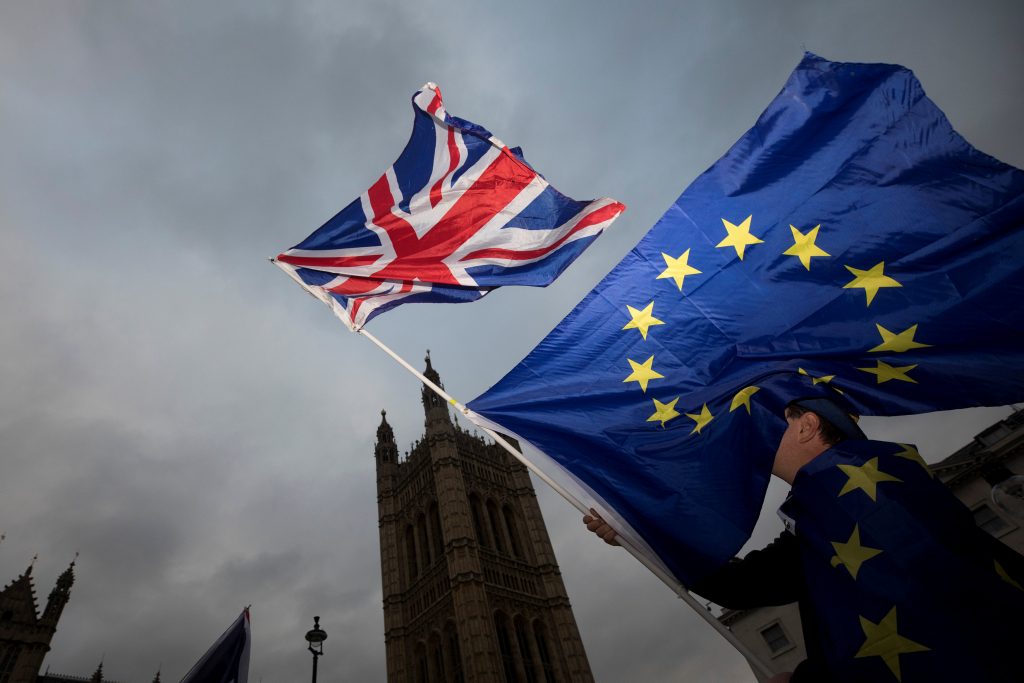 The European Union and Britain ended a flurry of top-level diplomacy on Monday without a deal on the terms of their divorce, as agreement on how to maintain an open Irish border after Brexit slipped out of the negotiators’ grasp.

But the two sides said they were within striking distance of consensus, setting up a hectic negotiating rush ahead of next week’s EU summit which must decide whether to broaden the talks to the topic of future relations.

On a day that see-sawed between hope and disappointment, the leaders fell short of reaching what the EU considers “sufficient progress” on the divorce issues: Britain’s exit bill, and rights of citizens affected by Brexit, and the status of the currently invisible Irish border, the main sticking point.

“We had an agreement this morning,” said Irish Prime Minister Leo Varadkar, expressing disappointment at the last-minute glitch.

EU leaders want a deal on divorce terms in time for them to agree at a summit on Dec. 14-15 whether to move the negotiations on to the next stage of talks, including trade. The lack of progress so far has raised concerns that Britain may not have a deal on key issues by the time it officially leaves on March 29, 2019.

“Despite our best efforts and the significant progress we and our teams have made over the past days on the remaining withdrawal issues, it was not possible to reach an agreement,” said EU Commission President Jean-Claude Juncker.

“This is not a failure,” Juncker added, after a long negotiating lunch with British Prime Minister Theresa May.

PM May said that “on a couple of issues some differences do remain which require further negotiation and consultation.” But she said talks would reconvene later this week “and I am also confident we will conclude this positively.”

The EU and the U.K. are nearing agreement on some divorce terms, including the size of the bill that Britain must pay as it leaves and the rights of citizens affected by Brexit. But the border issue has proved more intractable.

After Britain leaves the bloc, the currently invisible 310-mile frontier will be the U.K.’s only land border with an EU country.

Britain says it wants to maintain a “frictionless” flow of people and goods with no border posts. But Ireland and the other EU nations are demanding to know how that will work if Britain is outside the EU’s borderless single market and its tariff-free customs union, a looser trading bloc that includes non-EU states like Turkey.

Negotiators were discussing an agreement that would commit Britain to maintaining “regulatory alignment” between Northern Ireland and Ireland after Brexit. Both sides would promise to maintain compatible trading rules, keeping the border transparent for trade.

Irish and EU officials indicated that agreement was close. But then Northern Ireland’s Democratic Unionist Party, which props up PM May’s minority government, announced it wouldn’t support any deal that made special rules for Northern Ireland. The pro-British Unionist party opposes any special status that could take Northern Ireland further from Britain and closer to the Republic of Ireland.

The DUP has only ten seats out of 650 in Britain’s House of Commons, but without their support PM May’s government would fall.

“We will not accept any form of regulatory divergence which separates Northern Ireland economically or politically from the rest of the U.K.,” DUP leader Arlene Foster said. “The economic and constitutional integrity of the U.K. must not be compromised in any way.”

Varadkar said he was “surprised and disappointed that the British government now appears not to be in a position to conclude what was agreed earlier today.”

“I still hope this matter can be concluded in the coming days,” he said.

Chief European Parliament Brexit official Guy Verhofstadt, who had put the odds of agreement Monday at “50/50,” warned that unless all issues are solved “there will be no green light in October 2018.”

A decision on any new deals with Britain would have to be reached by the fall of next year to give individual member states enough time to approve all the measures in their parliaments before the final date on March 2019.

“It is now getting very tight but agreement at December (summit) is still possible,” he tweeted.