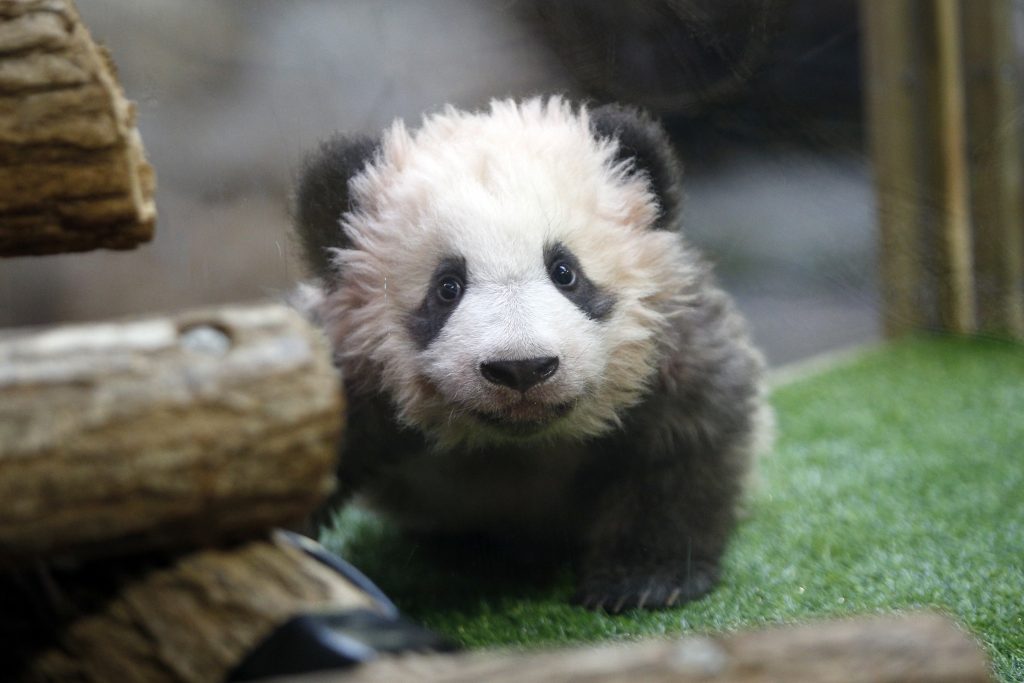 France’s first baby panda has a name four months after his birth: Chinese dignitaries and French first lady Brigitte Macron chose Yuan Meng, which fittingly means “the realization of a wish” or “accomplishment of a dream.”

A naming ceremony held Monday at the Beauval Zoo south of Paris was an important diplomatic moment, but the young male panda had other priorities. Yuan Meng growled and jumped when zoo director Rodolphe Delord reached over his glass-walled enclosure to offer a pet.

The first lady, who was standing next to Delord, recoiled slightly, but with a smile.

Yuan Meng’s parents are on loan to Beauval from China, and the cub will be sent to a Chinese panda reserve when he is weaned.

“Yuan Meng and his parents represent the bond between the countries which have a lot to share,” Macron said, who was making her first official remarks since President Emmanuel Macron took office.

The pandas “are the illustration of an always productive dialogue between our two people[s], who for centuries have looked at each other, listened to each other and understood each other,” the first lady said.

“The birth of the baby panda is a symbol of the bright prospects of the Franco-Chinese relationship. I express the sincere hope that little Yuan Meng grows up in the best conditions, that he brings happiness to the French people, especially to the French children,” the message said.

There are about 1,800 pandas living in the wild in China and about 400 in captivity worldwide.

Baptiste Mulot, chief veterinarian at the Beauval Zoo, said Yuan Meng has learned to move on all fours and “he’s starting to behave really like a child, so he tries to escape from where he’s supposed to be.”

The cub was pink and hairless when he was born, weighing just 142 grams (5 ounces.) He spent much of his first month in an incubator. Now, he weighs 8 kilograms (almost 18 pounds) and his fur has the black and white coloring for which patches are known.

China for decades gifted friendly nations with its unofficial national mascot in what was known as “panda diplomacy.” More recently the country has loaned pandas to zoos on commercial terms.