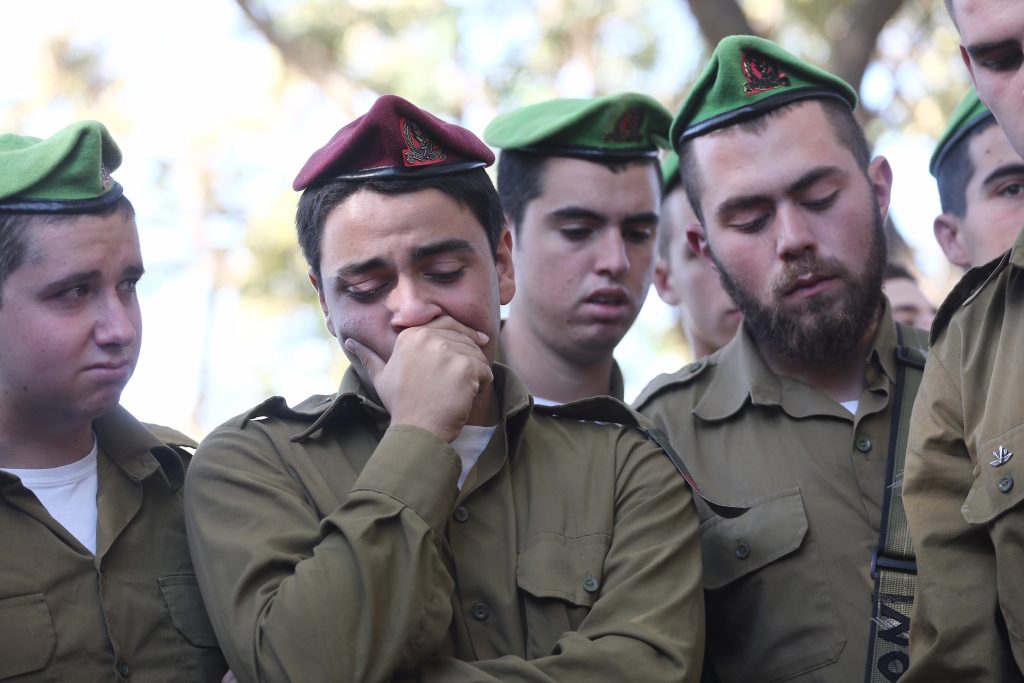 Family members and friends mourned his loss over the weekend in their home in north Tel Aviv, asking the media to respect their wishes and stay away.

Kokiya was stabbed in the neck as he waited at a bus stop in Arad. The terrorists apparently stole his weapon and absconded. Kokiya, badly injured, sought help from a passerby, who called rescue forces. The soldier was treated on site and then taken to a Be’er Sheva hospital, but was niftar en route. The terrorists disappeared and are still at large.

Prime Minister Binyamin Netanyahu sent his condolences to the family, promising to “bring the terrorists to justice and fight terror with all our capabilities.”