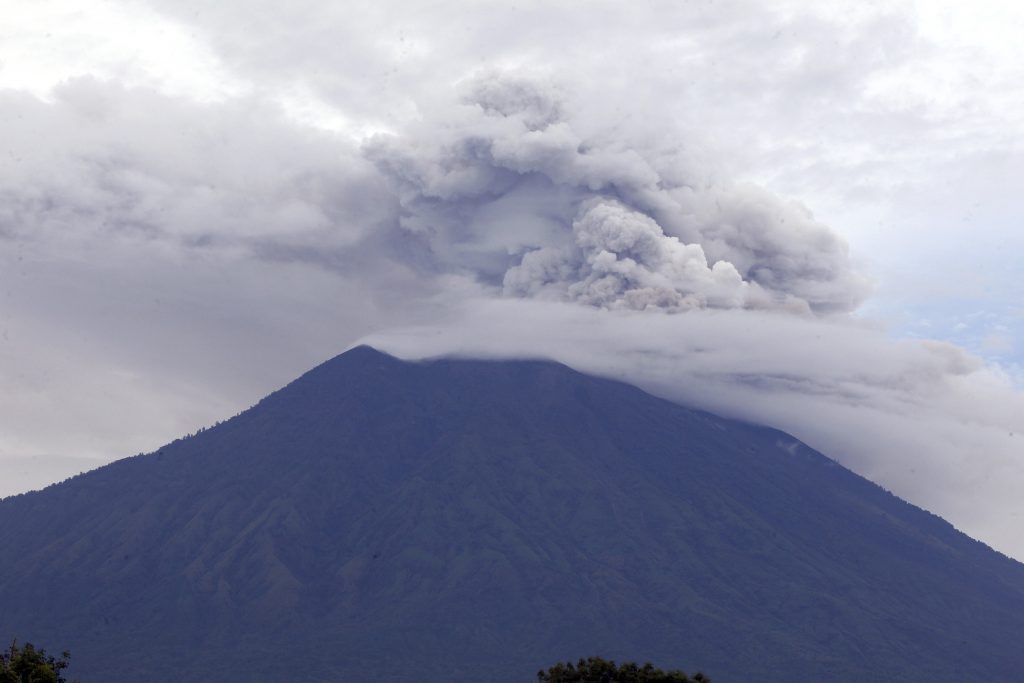 The airport on the Indonesian resort island of Bali re-opened Wednesday after an erupting volcano forced its closure two days ago, but the country’s president said the danger had not passed and urged anyone within the mountain’s exclusion zone to get out “for the sake of their safety.”

Volcanic ash reaching 25,000 feet in the air began drifting south and southeast of Mount Agung, leaving clean space above the airport for planes to land and take off, said airport spokesman Arie Ahsannurohim.

The airport, which handles more than 400 flights a day, had closed Monday, disrupting travel for tens of thousands of people trying to enter or leave the popular vacation destination. Thick ash particles are hazardous to aircraft and can choke engines.

Despite the all-clear from authorities, flights are unlikely to rapidly return to normal levels and a change in the direction of the ash or a new more powerful eruption could force the airport’s closure again.

President Joko “Jokowi” Widodo ordered all concerned ministries and agencies, as well as the military and police, to help Bali’s government deal with the disaster.

“I hope there will be no victims hit by the eruption,” he said.

Authorities have told 100,000 people to leave an area extending up to 6 miles in places from the volcano as it belches gray and white plumes. Nearly 40,000 people are now staying in 225 shelters, according to the Disaster Mitigation Agency in Karangasem. But tens of thousands more have remained in their homes because they feel safe or don’t want to abandon their land and livestock.

In the village of Tulamben inside the exclusion zone, farmers were plowing their fields with cattle Wednesday, seemingly unbothered by the smoking mountain behind them swelling with orange lava.

In Sukadana village, about 8 kilometers from the crater, a few remaining residents said mudflows of volcanic debris and water had passed through the area for a couple of days before solidifying.

The volcano’s last major eruption, in 1963, killed about 1,100 people, but it is unclear how bad the current situation might get or how long it could last. A worst-case scenario would involve an explosive eruption that causes the mountain’s cone to collapse.

“An analogy would be the twin towers collapsing in New York on 9/11,” said Richard Arculus, a volcano expert at Australian National University. “You saw people running away from the debris raining down and columns of dust pursuing people down the street. You will not be able to outrun this thing.”

Indonesian officials first raised the highest alert two months ago when seismic activity increased at the mountain. The activity decreased by late October, and the alert was lowered before being lifted to the highest level again Monday.

Indonesia sits on the Pacific “Ring of Fire” and has more than 120 active volcanoes.