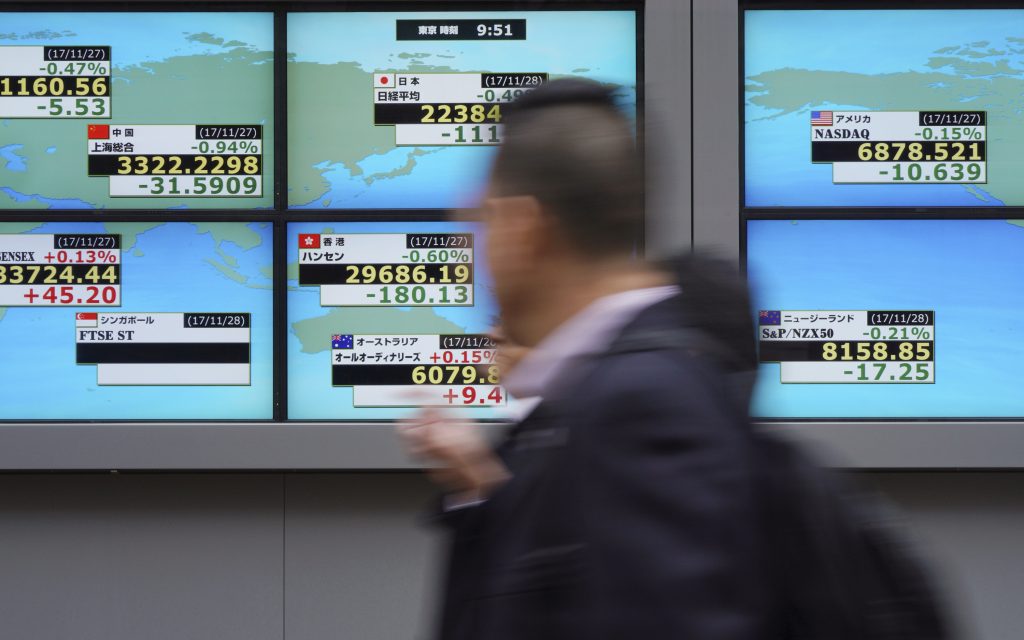 European shares were higher Tuesday following a downbeat day in Asia, after German Chancellor Angela Merkel said her Conservative bloc was willing to discuss forging a “stable government” with the Social Democrats.

Merkel said Monday her Conservative bloc was willing to start talks on trying to forge a “stable government” with the Social Democrats, with an eye on the large challenges Germany faces both internationally and domestically. The Social Democrats, Merkel’s partners in the outgoing government, initially refused to consider another so-called “grand coalition” after disastrous election results. But following an appeal from the country’s president they reversed course Friday and said they were open to holding talks.

European “bulls have more reasons to stay bullish. The foremost, raising hopes of the German political deadlock will be resolved soon, Chancellor Merkel struck a chord with the former ally Social Democrats,” Rob Carnell of ING said in a commentary. “Among others reasons are likelihood of improved Eurozone economic activity and inflation,” he said.

Benchmark U.S. crude dropped 33 cents to $57.78 a barrel in electronic trading on the New York Mercantile Exchange. It fell 84 cents to settle at $58.11 per barrel on Monday. Brent crude, used to price international oils, declined 18 cents to $63.20.