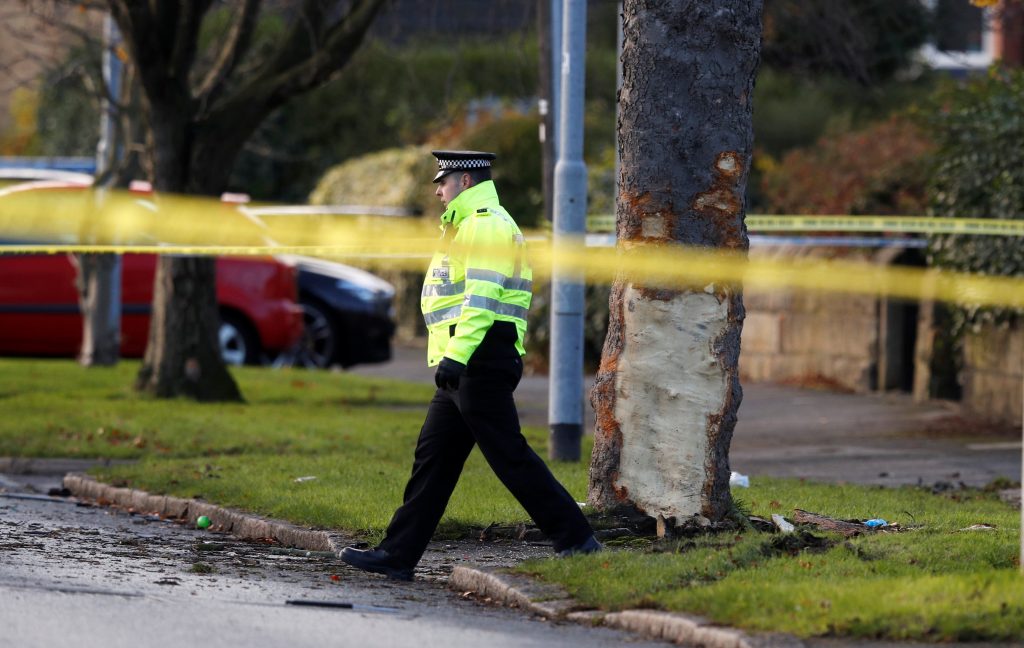 Three boys and two men were killed when a stolen car hit a tree in the city of Leeds, northern England, on Saturday night, police said.

The boys were aged 12, 15 and 15 and the other two victims were aged 24 and 28, West Yorkshire Police said. Another two 15-year-old boys were arrested on suspicion of causing death by dangerous driving and remain in custody, police said.