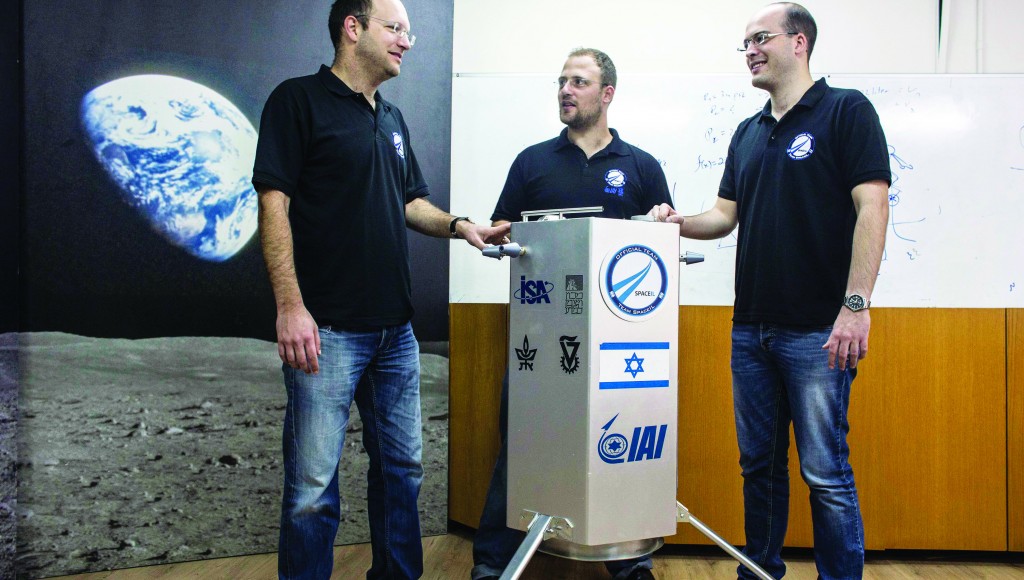 When it first started out seven years ago, SpaceIL’s organizers’ objective was to participate in the Google Lunar xPrize contest, which will award a $30 million prize to a private group who will be the first to land an unmanned small spaceship on the moon. During that time, however, it has turned into a matter of national pride.

SpaceIL has spent $55 million on the project so far – and if it does not raise another $20 million by the end of the year, the project will have to close down, the group said Thursday.

According to SpaceIL Chairperson Yariv Bash, the project has “broken through barriers” in educating Israeli youth on the importance of science and research, as well as developing new technologies to help the small craft reach the moon and meet the Google requirements. The prize will be awarded to the first private group who lands a module on the moon and transmits images. SpaceIL is one of five finalists in the contest, and is competing against teams from the U.S., Japan and India.

The group, which boasts 50-full time employees and 200 volunteers, has raised $55 million so far, $18 million of it from businessman and philanthropist Morris Kahan. The entire project requires $85 million, Bash said. Kahan has pledged another $10 million – if the group can raise the other $20 million. The group on Thursday kicked off an emergency fund-raising campaign, which will include phone calls and home visits by volunteers seeking to raise money from the public.

“We are at a critical crossroads in the life of the project,” said SpaceIL CEO Amit Frivman. “Unfortunately, if we do not raise the $20 million immediately we will not be able to continue the project. Seven and a half years of groundbreaking Israeli research will go down the drain. Beyond that, we will have to suspend the educational activities that have been so successful in bringing the importance of science to hundreds of thousands of children.”