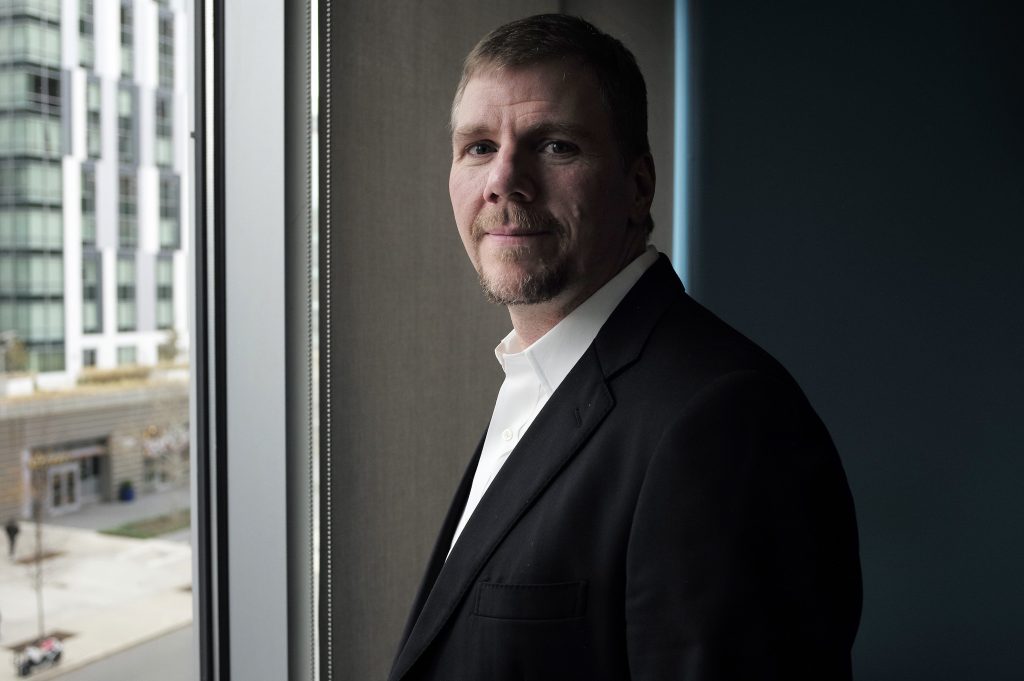 Could there be a second life for the once-popular arthritis pill Vioxx? A startup pharmaceutical company hopes so.

Merck & Co. voluntarily pulled the blockbuster drug in 2004 amid evidence that it doubled the chances of having a heart attack or stroke.

Now tiny Tremeau Pharmaceuticals is working to bring it back, to treat severe joint pain caused by the bleeding disorder hemophilia. That’s for far fewer patients than the millions who took Vioxx pills for arthritis and other chronic pain — but if it’s approved, doctors could again legally prescribe it to anyone.

Many hemophilia patients rely on opioid painkillers because nearly every other pain reliever increases the risk of internal bleeding. Considerable research shows Vioxx doesn’t do that.

“It seemed to me that there was a huge unmet medical need” for these patients, Brad Sippy, Tremeau’s chief executive, told The Associated Press. He put together a plan and co-founded Tremeau last year to develop nonopioid pain treatments for rare diseases.

A longtime pharmaceutical marketing executive, Sippy worked at Merck during the Vioxx era and helped with its recall from pharmacy shelves. He also knew the final patent protecting Vioxx’s monopoly was expiring this fall.

When it stopped making Vioxx, Merck was facing thousands of lawsuits from people claiming the drug caused their heart attacks or strokes. Merck’s own research showed the drug doubled those risks, but lawyers for patients claimed the company downplayed or concealed that. Merck initially fought the lawsuits but in 2007 agreed to a $4.85 billion settlement.

If Tremeau gets approval in a few years to start selling rofecoxib, the chemical name for Vioxx, doctors could prescribe it to other people with garden-variety chronic pain. Tremeau wouldn’t be able to legally promote those unapproved uses, but some patients likely would want it. Vioxx was so effective that some users hoarded it after Merck took it off market.

“I know a lot of people who swore by Vioxx,” said analyst Steve Brozak, president of WBB Securities. “Repurposing this for the hemophilia community is particularly brilliant.”

Dr. Steven Stanos, president of the American Academy of Pain Management, a professional group for pain specialists, said it made sense to try Vioxx for hemophilia joint pain.

“Vioxx was very potent,” he said.

The drug would still carry a strong warning about heart attack and stroke risks. Doctors would have to balance its pain benefit against each patient’s risks, Stanos said.

On Tuesday, Tremeau announced that the Food and Drug Administration recently handed it an endorsement of sorts: an orphan drug designation. That’s for disorders affecting fewer than 200,000 Americans, and comes with benefits, including tax credits on testing costs and a free FDA review.

Still, it’s no slam-dunk. Sippy said the Cambridge, Massachusetts-based Tremeau must raise $25 million or more to pay for testing in hemophilia patients. Then the results must be good enough for FDA approval.

In the U.S., just over 20,000 people have hemophilia, an inherited disorder that leaves them without key proteins in the blood needed for clotting. The slightest injury can trigger uncontrolled internal bleeding. Since the 1990s, most patients have been getting medicine that limits but doesn’t prevent all bleeding episodes. Blood buildup in the joints can damage them and cause pain.

“Without other options, opioids are often the next step” after Tylenol, sometimes at high doses, said Dr. Stacy Croteau of the Boston Hemophilia Center, who is a paid consultant for Tremeau. “Rofecoxib would hopefully allow us to reduce use of opioids.”

Meanwhile, Tremeau is deciding on the drug’s brand name. Sippy said the Vioxx name, no longer protected by trademark, might scare some people, while others would remember its effectiveness.

“We haven’t excluded it,” he said.