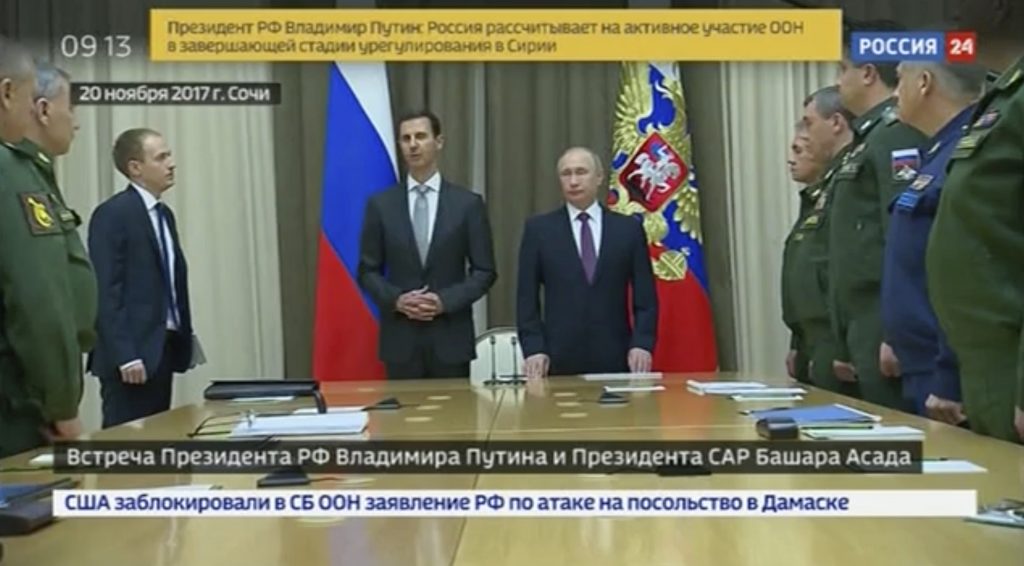 Russia’s Vladimir Putin has met with Syrian President Bashar Assad in the Black Sea resort of Sochi ahead of a summit between Russia, Turkey and Iran, and a new round of Syria peace talks in Geneva, Russian and Syrian state media reported Tuesday.

It was Assad’s second visit to Russia to meet Putin since the country’s crisis began in March 2011 leading to a civil war that has killed some 400,000 and resulted in millions of refugees.

The first was in October 2015, shortly after Russia launched its military campaign in Syria to shore up Assad’s forces. The Russian intervention has turned the war in favor of Assad.

Syria’s state news agency SANA said the meeting in Sochi comes ahead of a summit scheduled on Wednesday in Russia between the presidents of Iran, Russia and Turkey.

Iran and Russia have been Assad’s main backers, while Turkey supports the opposition.

“What is important now is the move into the political process in Syria, and Russia is working with all sides in this regard,” Syria’s state news agency SANA quoted Putin as saying.

The meeting in Sochi comes a week before U.N.-sponsored peace talks are to resume in Geneva.

Assad’s office confirmed the visit on its social media page.