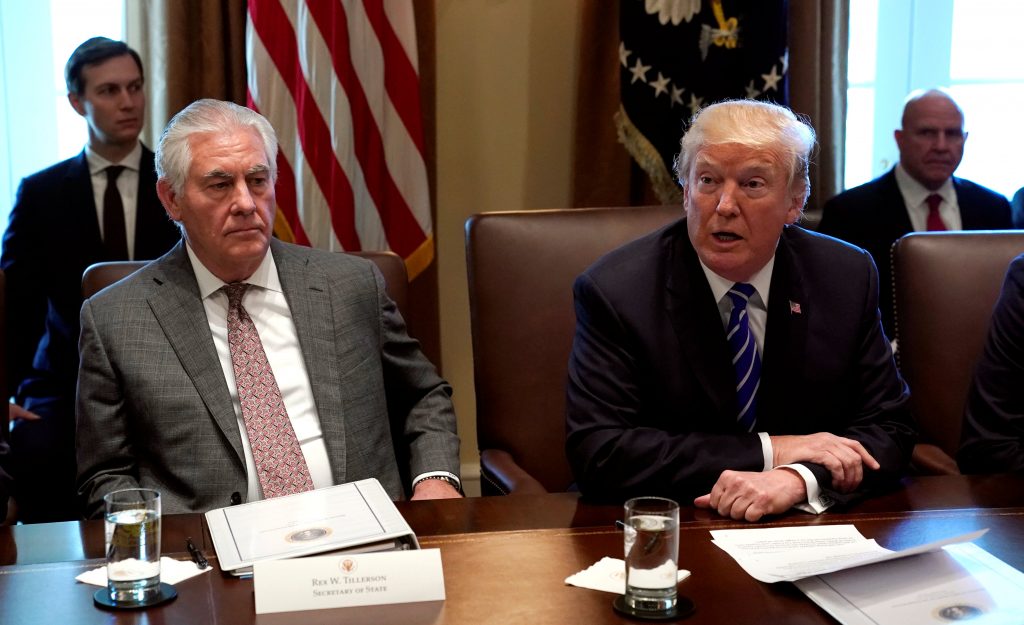 President Donald Trump announced Monday that the U.S. will designate North Korea as a state sponsor of terror amid heightened nuclear tensions on the Korean peninsula.

Pres. Trump said the designation will impose further penalties on the country. He called it a long overdue step and part of the U.S. “maximum pressure campaign” against the North. North Korea would join Iran, Sudan and Syria on the list of state sponsors of terror.

“In addition to threatening the world by nuclear devastation, North Korea has repeatedly supported acts of international terrorism including assassinations on foreign soil,” Pres. Trump said during a Cabinet meeting.

U.S. officials cited the killing of North Korean leader Kim Jong Un’s estranged half-brother in a Malaysian airport in February as an act of terrorism.

The designation had been debated for months inside the administration, with some officials at the State Department arguing that North Korea did not meet the legal standard to be relisted as a state sponsor of terrorism.

U.S. officials involved in the internal deliberations said there was no debate over whether the slaying of half-brother Kim Jong Nam was a terrorist act. However, lawyers said there had to be more than one incident, and there was disagreement over whether the treatment of American student Otto Warmbier, who died of injuries suffered in North Korean custody, constituted terrorism.

The officials were not authorized to speak publicly about the deliberations and spoke to The Associated Press on condition of anonymity.

The move returns North Korea to the ignominious list for the first time since 2008, when the North was removed in a bid to salvage a deal to halt its nuclear development. In the years since, the North has made advanced leaps in both its nuclear and missile programs, proving the capacity to reach U.S. territories with the devastating weapons earlier this year.

Pres. Trump has faced pressure from congressional lawmakers to relist the country amid its advancing nuclear missile program, though some fear it could increase already heightened tensions on the Korean peninsula.