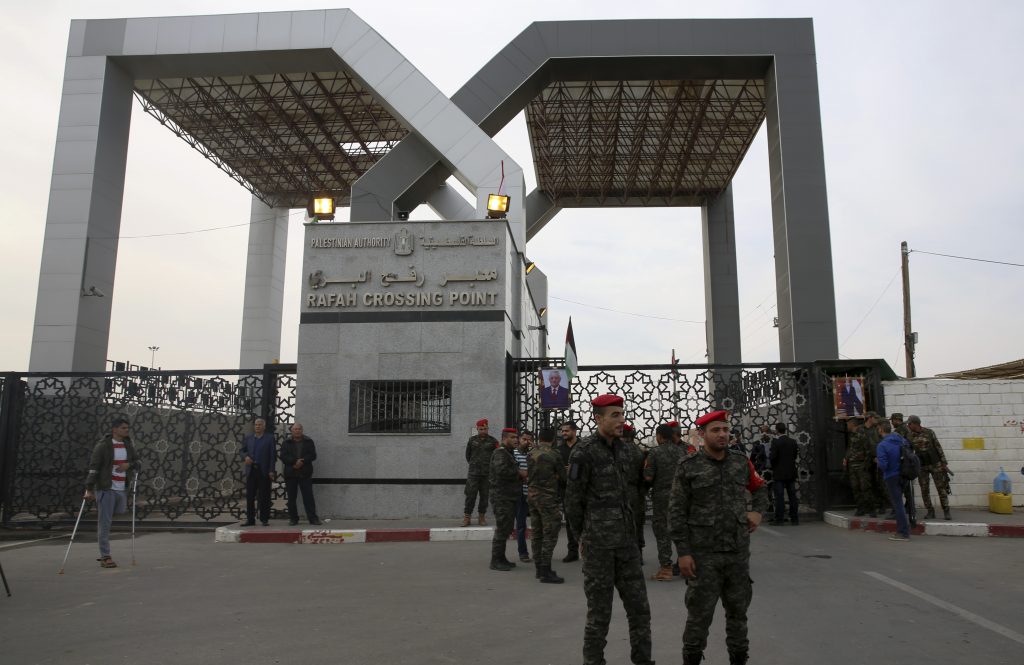 Gaza’s border crossing into Egypt ran Saturday under the Palestinian Authority’s control for the first time in a decade, in a step forward for the Western-backed leadership’s resuming of its functions in the Gaza Strip.

Egypt opened the Rafah crossing point for three days on a humanitarian basis for the first time since the militant Hamas group ceded control of Gaza’s crossings with Israel and Egypt to the West Bank-based PA. In 2007, Hamas wrested control of Gaza by force after winning legislative elections a year earlier, provoking an Israeli-Egyptian blockade that severely restricted the movement of most of Gaza’s 2 million inhabitants.

Hamas has wielded absolute power in Gaza since, driving its humanitarian conditions to near-total collapse. On Nov. 1, it withdrew from the crossings to implement the first step of an Egyptian-brokered deal to end the rift with Palestinian President Mahmoud Abbas’ Fatah party. Talks are to resume in Cairo this month to discuss the PA’s expansion of its rule in Gaza and broader national issues.

The three-day opening was aimed toward reducing the number of people stranded on both sides, nearly 80 days since Gaza’s prime crossing was last open. No agreement has been reached to run the crossing on a regular basis. The PA wants to reactivate a 2005 U.S.-backed protocol stipulating that PA forces and EU monitors run the crossing. Hamas rejects the deal since it also gives Israel partial control via video cameras.

Hamas says 30,000 people have been waiting for a chance to travel. Thus far, Rafah has opened for people exiting Gaza only 17 days this year.

Rania Arada, 21, came to visit her family in Gaza a year ago when she was expecting, hoping to stay for a month. Today, her daughter is eight months and has yet to see her Egyptian father. “Her father is very sad. I’m also sad that he was not by my side when I gave birth,” she said, waiting for a bus Saturday.

Another woman, 19-year-old Suhad Rizek, said she hoped she could get through to attend the Egyptian university she had enrolled in to study medicine. “School has started and I’m almost losing this term,” she said.