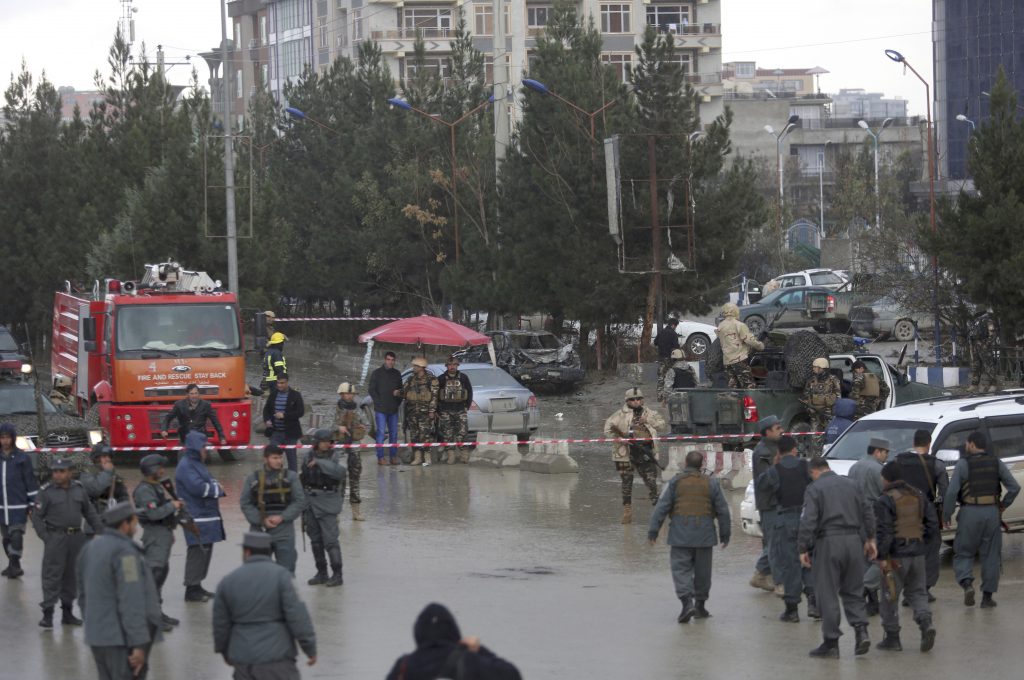 A suicide bomb attack in the Afghan capital on Thursday near a gathering of supporters of an influential regional leader killed at least nine people and wounded many, the Interior Ministry said.

It was not clear if the politician, Atta Mohammad Noor, governor of the northern province of Balkh and a leader of the mainly ethnic Tajik Jamiat-i-Islami party, was at the meeting at the time of the attack.

The explosion was the latest in a wave of violence that has killed and wounded thousands of civilians in Afghanistan this year.

Political tensions are up as politicians have begun jockeying for position ahead of presidential elections expected in 2019.

A spokesman for the Interior Ministry said the bomber approached the hotel hosting the gathering in the Khair Khana district of Kabul, on foot. The dead included seven policemen and two civilians.

Media showed photographs, apparently from witnesses, which appeared to show about a dozen bodies.

The northern-based Jamiat-i-Islami was for years the main opponent of the Taliban, who draw their support largely from the southern-based ethnic Pashtun community.

In June, a suicide bomber attacked a meeting of Jamiat-i-Islami leaders, including Chief Executive Abdullah Abdullah.

Abdullah, who is backed by Noor, and other ethnic minority leaders, formed a coalition government with President Ashraf Ghani after a disputed 2014 presidential election.

President Ghani on Wednesday sacked the chairman of the Independent Election Commission, raising doubts over whether parliamentary and council ballots scheduled for next year will take place as planned.