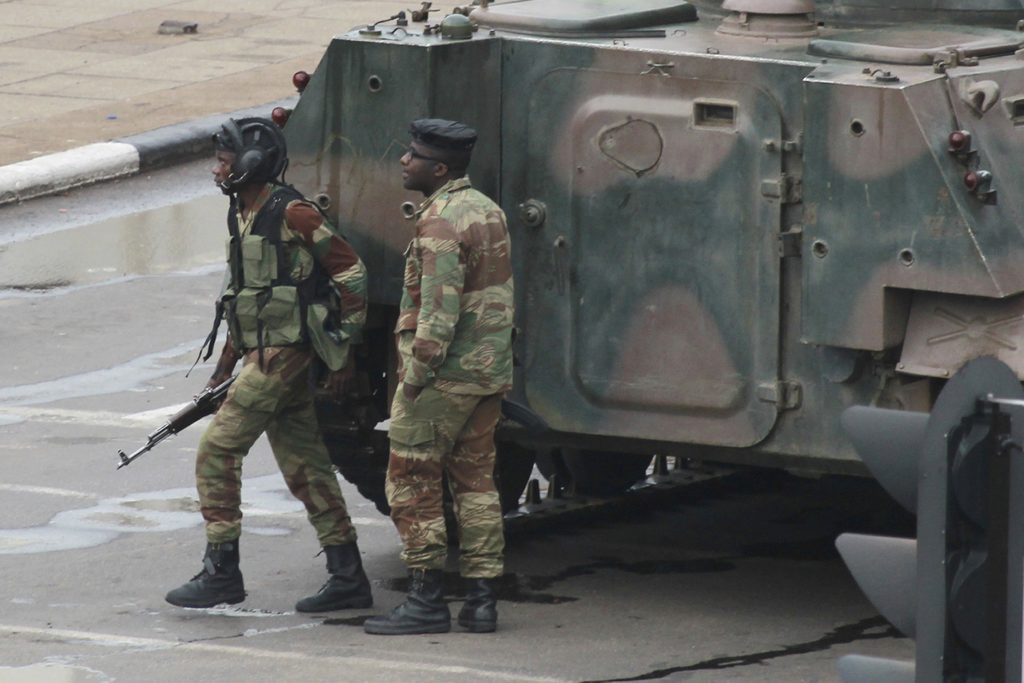 Zimbabwean President Robert Mugabe’s fate hung in the balance on Friday as he apparently resisted efforts to step down in the wake of an audacious seizure of power by the army, until this week a key pillar of his 37-year-rule.

The unfolding drama in the capital Harare was thrown into confusion when a smiling Mugabe was pictured shaking hands with Zimbabwe’s military chief, the man behind the coup, raising questions about whether or not the end of an era was nigh.

Mugabe unexpectedly drove on Thursday from his lavish “Blue Roof” compound, where he had been confined, to State House, where official media pictured him meeting military boss Constantino Chiwenga and South African mediators.

The official Herald newspaper carried no reports of the meeting’s outcome, leaving Zimbabwe’s 13 million people in the dark about the situation. The army may want Mugabe, who has ruled Zimbabwe since independence from Britain in 1980, to go quietly and allow a smooth and bloodless transition to Emmerson Mnangagwa, the vice president Mugabe sacked last week, triggering the crisis.

The main goal of the generals is to prevent Mugabe from handing power to his wife Grace, 41 years his junior, who has built a following among the ruling party’s youth wing and appeared on the cusp of power after Mnangagwa was pushed out.

Mugabe, who at 93 has appeared increasingly frail in public, is insisting he remains Zimbabwe’s only legitimate ruler and is refusing to quit. But pressure was mounting on the former guerrilla to accept offers of a graceful exit, sources said.

Zimbabwe’s former head of intelligence, Dumiso Dabengwa, was to hold a news conference in Johannesburg at 1200 GMT. A South African government source said he expected Dabengwa, a close ally of the ousted Mnangagwa, to discuss the events in Zimbabwe. “It seems there is some sort of agreement,” the source said.

The army’s takeover signaled the collapse in less than 36 hours of the security, intelligence and patronage networks that sustained Mugabe through almost four decades in power and built him into the “Grand Old Man” of African politics.

Mugabe is still seen by many Africans as a liberation hero. But he is reviled in the West as a despot whose disastrous handling of the economy and willingness to resort to violence to maintain power pauperized one of Africa’s most promising states.

Once a regional bread-basket, Zimbabwe saw its economy collapse in the wake of the seizure of white-owned farms in the early 2000s, followed by runaway money-printing that catapulted inflation to 500 billion percent in 2008.