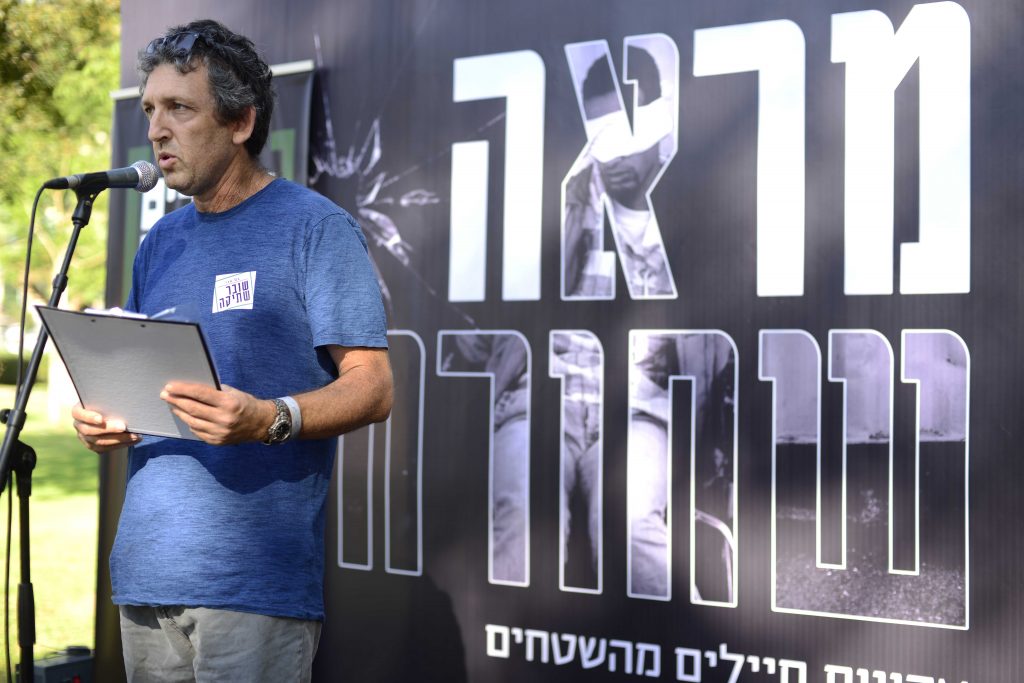 The credibility of Breaking the Silence, which has alleged human rights abuses by IDF soldiers, was dramatically weakened on Thursday after it emerged that a spokesman for the group had fabricated an incident about which he had confessed criminal action.

The State Attorney’s Office closed its investigation against Dean Issacharoff after investigators determined that his testimony that he brutally beat a Palestinian in custody during his service as an IDF officer in Chevron was false.

The Palestinian whom Issacharoff said he had abused told police a different story altogether. Hassan Julani confirmed that he was arrested in February 2014, as Issacharoff had told police, but the supposed victim insisted that no violence was used against him.

Prior to the questioning of Julani, Reservists on Duty, an organization dedicated to “expos[ing] the real intentions” of Breaking the Silence, published a video in which former members of his platoon, including his commander, called him a liar.

The State Attorney’s Office announced on Thursday that it had decided to close the assault investigation against the NGO spokesman “after the investigation revealed that the events he described did not occur.”

Israeli officials, who have questioned the authenticity and motives of Breaking the Silence, welcomed the decision to dismiss the case.

Prime Minister Binyamin Netanyahu tweeted, “Breaking the Silence lies and slanders our soldiers internationally. Today, in case anyone had any doubt, this fact has received further proof. The truth wins.”

Justice Minister Ayelet Shaked, who had requested the investigation of Issacharoff’s statements, which were made to support the group’s allegations that Israeli soldiers are guilty of a variety of crimes against Palestinians, also expressed satisfaction with the outcome.

“It turns out that the Breaking the Silence spokesman is a liar defaming the State of Israel in front of the world,” she said in a statement. “Kudos to his comrades in his company who refused to remain indifferent and were unwilling to remain silent while he lies. It is good that the truth has come to light about this organization, which is making money at the expense of IDF soldiers and Israeli citizens.”

Breaking the Silence did not back down, however. They told The Times of Israel that they had found witnesses who corroborated Issacharoff’s story.

In a separate statement, the NGO said it “wasn’t surprised” by Thursday’s decision, claiming that the investigation had been politically motivated from the outset. The group accused State Prosecutor Shai Nitzan of being Shaked’s “political servant.”