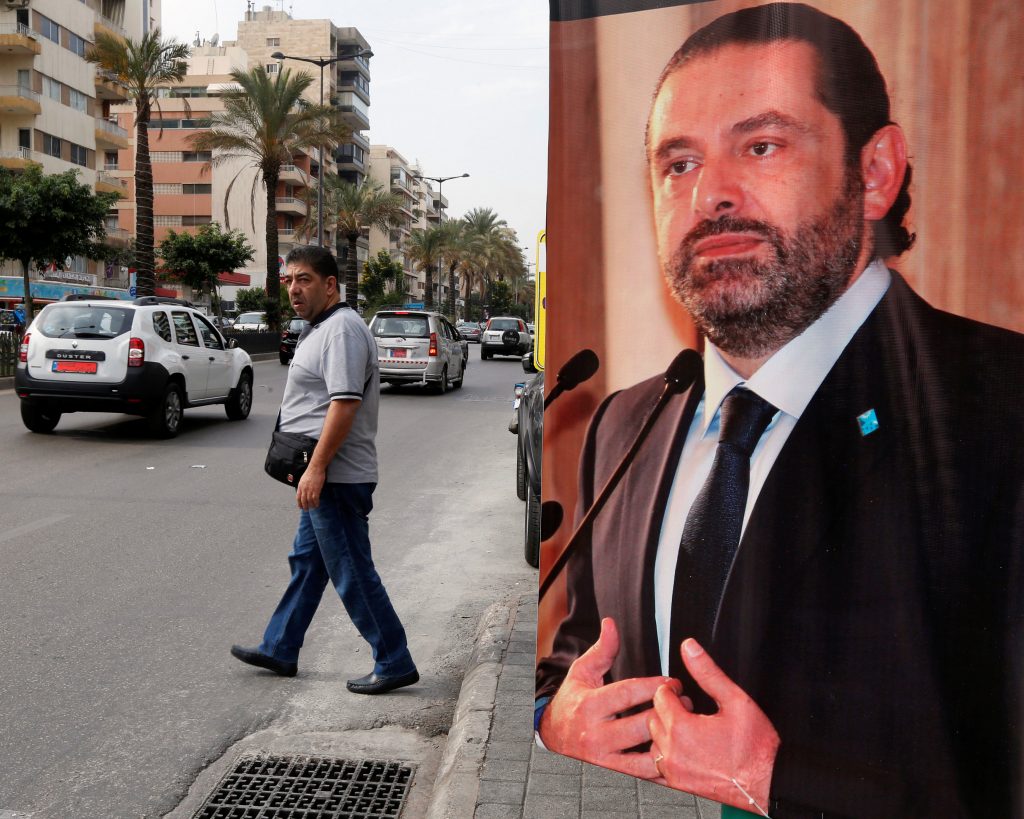 The head of Lebanon’s Maronite Catholic community arrived in Saudi Arabia on Monday in the first public visit by a Lebanese official since Prime Minister Saad Hariri announced his sudden resignation nine days ago.

Cardinal Bechara el-Rai’s visit, the first ever by a Maronite patriarch to the kingdom according to the cardinal, has taken on special significance since Hariri announced his resignation in a surprise statement broadcast from Riyadh on Nov. 4. The prime minister has not returned to Lebanon since.

El-Rai is expected to meet with Hariri, as well as Saudi King Salman and Crown Prince Mohammad, during his two-day visit.

Hariri’s shock resignation after less than a year as premier mystified Lebanon and led to speculation by some media outlets and politicians that he was forced into it by the Gulf kingdom.

Hariri said on Sunday he would return to Lebanon “within days” to resolve issues with the terrorist group Hezbollah, his rivals in a coalition government formed last year.

The comments came in Hariri’s first TV interview since his resignation announcement, in which he lashed out harshly at Hezbollah and its patron Iran. He struck a more conciliatory tone in the Sunday interview, denying that he was being held against his will in the kingdom and repeating that he feared for his safety in Lebanon. Lebanon’s top security agencies say they have no information to share about possible plots against the premier’s life.

Hariri acknowledged in the interview that his resignation was unconventional, adding that he was ready to return to Lebanon to formally submit it and seek a settlement with Hezbollah.

Lebanese President Michel Aoun welcomed Hariri’s statements and said he hoped the prime minister would return to Lebanon soon. Once he returns, Aoun tweeted, “we will listen to him about all circumstances, topics and concerns that need addressing.”

A statement released by Aoun’s office later said that the national and diplomatic campaign in the country over the past days demanding Hariri’s return “has produced positive results.”

“We will carry these concerns to the king and crown prince and wish well,” he said.

El-Rai and Saudi Charge d’Affaires Walid al-Bukhari said the kingdom is not likely to deport Lebanese citizens as punishment for the participation of the terrorist Hezbollah group in Lebanese politics.

The kingdom has been demanding that Hezbollah play no role in future government, accusing the group of supporting anti-Saudi Yemen rebels known as Houthis. Hezbollah and the Houthis deny that the Lebanese group is carrying out anti-Saudi activities in Yemen.

Hariri’s office said he met several diplomats in Riyadh on Monday including the British and German ambassadors.

The United States, France and Britain have all expressed strong support for Lebanon’s stability and sovereignty. A White House statement on Saturday described Hariri as “a trusted partner of the United States in strengthening Lebanese institutions, fighting terrorism and protecting refugees.”

On Monday, French Foreign Minister Jean-Yves Le Drian said that “we are preoccupied by the situation in Lebanon.”

Hariri’s interview on Sunday night, carried by Future TV, a channel associated with his political party, raised some new questions.

At times, it was evident that Hariri was holding back tears in the interview, which went on for over an hour. He repeatedly drank water, finishing his glass and asking for more. He pleaded with the interviewer to finish the questioning and said he was “tired.”

He also repeatedly said he was ready to die for Lebanon — his father, former Prime Minister Rafik Hariri, was killed by a car bomb in Beirut in 2005 — but added that he didn’t want his children to go through that kind of ordeal. When asked about reports that he is not communicative and doesn’t use his phone much, he said, “I am in a reflective state,” adding that he didn’t want any distractions amid a very busy schedule.