Study: Even One Drink a Day Can Increase Risk of Cancer 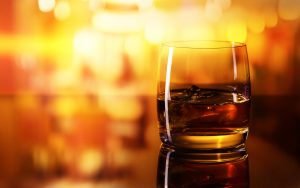 Do you enjoy the occasional cocktail? Beware, because even moderate consumption of alcohol can increase your risk of cancer, according to a new report.

To do so, they looked at several studies that found a strong correlation between alcohol and cancer.

After gathering all the data, they concluded that about 3.5 percent of all cancer-related deaths were because of alcohol consumption.

Furthermore, in 2012, they discovered that about 5.5 percent of all new cancer occurrences and 5.8 percent of all cancer deaths worldwide were attributable to drinking alcohol.

“The importance of alcohol drinking as a contributing factor to the overall cancer burden is often underappreciated,” the organization said in a statement. “Associations between alcohol drinking and cancer risk have been observed consistently regardless of the specific type of alcoholic beverages.”

While researchers did note the greatest risk was among those with heavy and long-term use and those who also smoked cigarettes, moderate drinking is risky, too. Scientists described moderate as up to one drink per day for women and up to two drinks per day for men.

This was particularly the case with oropharyngeal cancer and a women’s cancer.

“A meta-analysis that focused solely on cancer risks associated with drinking one drink or fewer per day observed that this level of alcohol consumption was still associated with some elevated risk for … oropharyngeal cancer and [a women’s] cancer,” the authors wrote.

But researchers aren’t suggesting you get rid of your booze altogether. They want individuals to recognize “that excessive alcohol use can delay or negatively impact cancer treatment and that reducing high-risk alcohol consumption is cancer prevention,” they wrote.

Some suggestions include limiting youth exposure to advertising of alcoholic beverages and increasing alcohol prices and taxes.

“Systems-based research,” the report said, “including research into successful means for the oncology community to identify patients who are currently using alcohol or who may be at high risk for alcohol relapse, will be critical.”