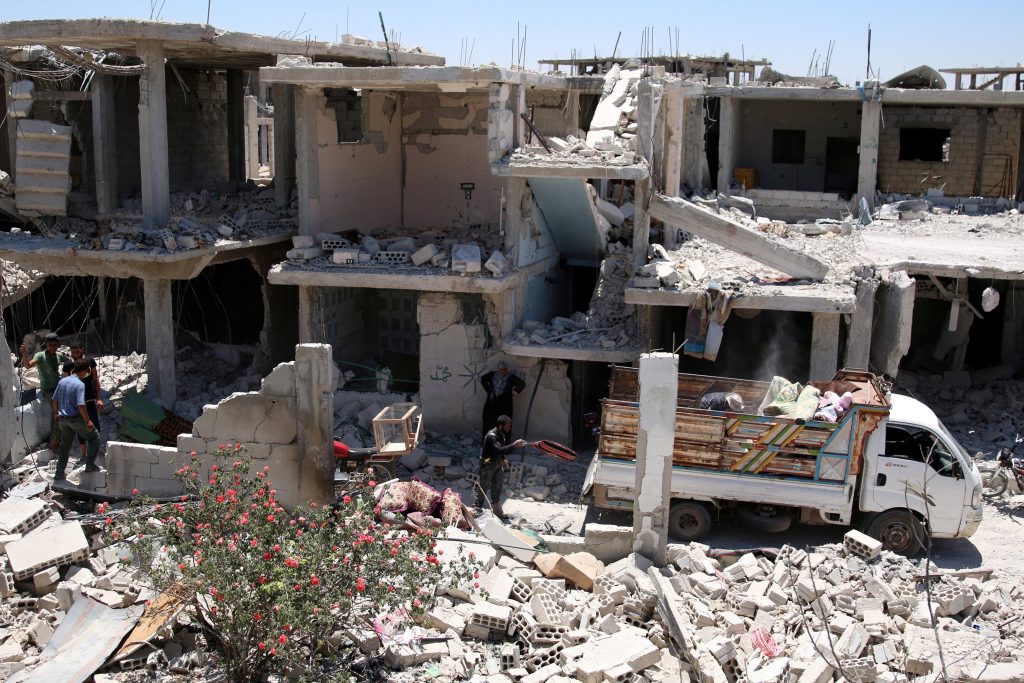 Iran is building a permanent military base in southern Syria, a report on the BBC said over the weekend. The base is being built at a site near the town of El-Kiswah, 14 kilometers (8 miles) south of Damascus and about 50 kilometers (30 miles) from the Israel-Syria border on the Golan Heights.

The report was based on intelligence from “Western security sources,” the report said. In satellite images published by the BBC, several buildings that appear to be storage facilities – for vehicles or weapons – are seen along a staging ground, with other buildings, one of them likely a headquarters, adjacent. According to the images, construction is at an advanced stage.

That Iranian military officials are present in Syria is evidenced by numerous news reports and photos that have been published in Iranian and foreign media. The BBC itself recently carried a photo of top Iranian commander General Kassam Suleimani in the town of Dir Azur in eastern Syria, proclaiming victory over Islamic State forces which were recently removed from the town. The report said that it was likely that Iranian officials had visited the new base as well.

With that, no vehicles or weapons have been observed at the base yet. According to the report, the base could be meant as a headquarters for Shiite terrorists from Pakistan and Afghanistan who are fighting on behalf of Iran in Syria. The report said that based on its size, the base could likely house 500 terrorists, if that is the purpose of its construction.