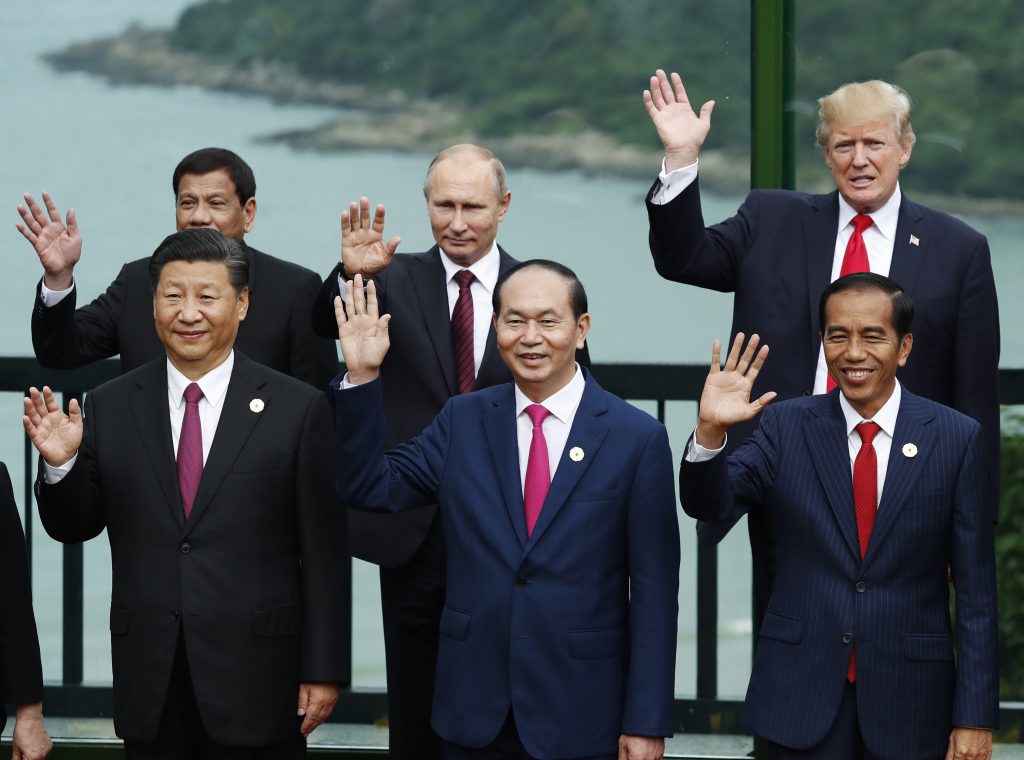 Asia-Pacific leaders agreed on Saturday to address “unfair trade practices” and “market distorting subsidies” in a statement that bore the imprint of President Donald Trump’s efforts to reshape the global trade landscape.

The summit of Asia-Pacific Economic Cooperation (APEC) countries in Vietnam has put on show the contrasting vision of Trump’s “America First” policy with the traditional consensus favoring multinational deals that China now seeks to champion.

On the sidelines of the APEC summit, 11 countries kept alive a Trans-Pacific trade deal whose future has been in doubt since Trump withdrew from it early this year in the name of protecting American jobs.

A joint statement issued by the 21 APEC countries contrasted sharply with the group’s communique from last year.

“We will work together to make trade more inclusive, support improved market access opportunities, and address unfair trade practices,” the statement read. “We urgently call for the removal of market-distorting subsidies and other types of support by governments and related entities.”

The comments echoed Trump’s own themes in an address in the resort city of Danang.

So did a mention of the importance of bilateral trade deals alongside bigger agreements and a call to improve the World Trade Organization (WTO). The 2016 statement was not critical of the WTO.

Trump says that the United States has lost out because other countries do not play by the rules, using state subsidies and measures that distort trade to the extent that Asian countries have built huge trade surpluses – China’s the biggest of all.

Earlier in the week, trade and foreign ministers wrangled over the language to be used in APEC statements. Officials said the 20 other countries had been pitted against a U.S. push to change the traditional wording.

Those countries still managed to ensure that references to pushing for free trade and fighting protectionism – core reasons for APEC’s founding in 1989 – made it into the final statement.

In a boost for the principle of multilateral trade pacts, countries in the Trans-Pacific Partnership (TPP) trade deal agreed on the core elements to move ahead without the United States.

Their talks had looked doubtful in the face of last-minute resistance from Canada, but ministers announced they were near agreement on a deal they renamed the Comprehensive and Progressive Agreement for Trans-Pacific Partnership (CPTPP).

Japanese Economy Minister Toshimitsu Motegi said he hoped that moving ahead with the deal would be a step towards bringing back the United States.

Partly to counter China’s growing dominance in Asia, Japan had been lobbying hard for the TPP pact, which aims to eliminate tariffs on industrial and farm products across the 11-nation bloc whose trade totaled $356 billion last year.

Some 20 provisions of the original agreement were suspended. Those included some related to protecting labor rights and the environment, although most were related to intellectual property – one of the main sticking points after the U.S. withdrawal.

Canada, which has the second-biggest economy among remaining TPP countries after Japan, had said it wanted to ensure an agreement that would protect jobs.

He spoke in favor of an ambitious free trade area that covers the entire region.