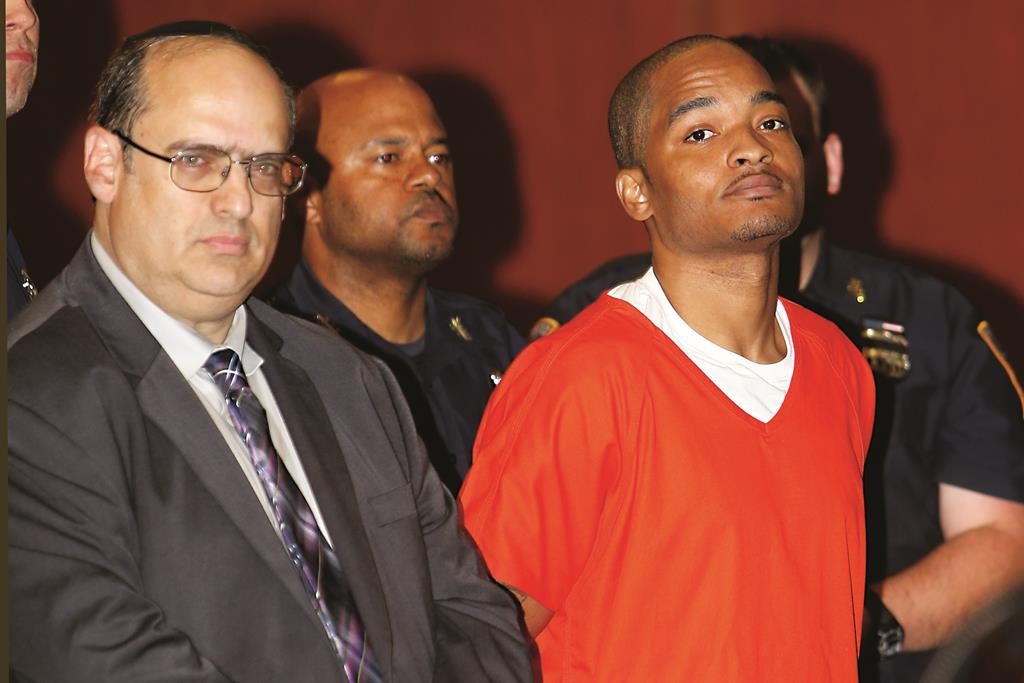 A man was convicted Thursday of fatally shooting a New York City police officer in 2015, an act described by a prosecutor as “remorseless.”

Demetrius Blackwell, 37, was found guilty of murder and other charges in the death of Officer Brian Moore, the son of a New York Police Department sergeant.

The 25-year-old officer and his partner were in street clothes in an unmarked car when they attempted to stop Blackwell, who was suspected of carrying a handgun. The Queens resident opened fire, striking Moore in the head. He died two days later and was posthumously promoted to Detective First-Grade. His partner wasn’t hurt.

“At the end of the day, there was justice done for Brian’s killing but it is a hole and it is a void that will never ever be filled,” said Irene Moore, the victim’s mother.

In closing arguments following a three-week trial, prosecutors said Blackwell was more concerned about who won a national boxing match as Moore lay dying at a hospital.

The defense argued that Blackwell has severe mental health issues and was not in control of his actions.

“Mr. Blackwell has seizures and psychosis mixtures that shows he was not responsible,” his attorney David Bart argued. “He acted badly, wrongly and stupidly, but it was not intent to kill,” he added.

Blackwell now faces the possibility of life in prison.