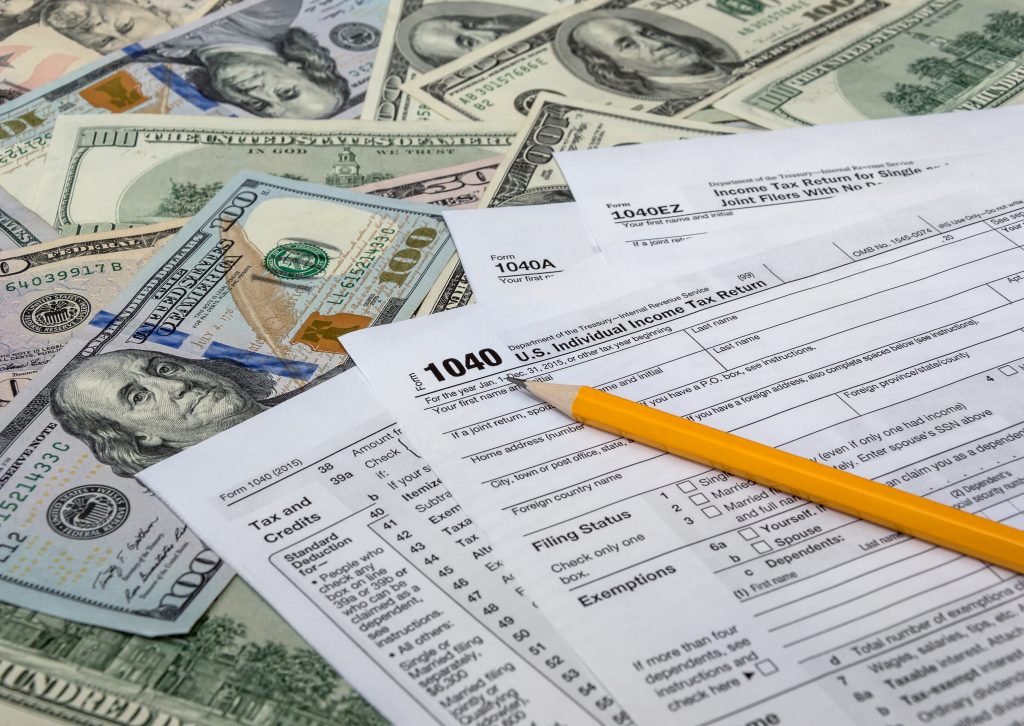 Last week, the president and Congress unveiled the first major tax overhaul since 1986. Even since its recent introduction, the bill, hundreds of pages long, has undergone significant redrafting and is certain to face much more before it possibly comes to a final vote. Among its most widely publicized features are across-the-board cuts in tax rates in exchange for the elimination of a long list of deductions, along with deep cuts for businesses.

Hamodia spoke to several accountants who service clientele in the Orthodox community to gauge their estimates of how the proposal could potentially affect local families and businesses.

Yosef Klein, senior tax manager at Roth and Co. in Boro Park, echoed the analysis of many others and said that he felt changes would have minimal effects on most families.

“This bill still has a long way to go, and a lot could very well change, but as it stands now, I think most of what they are planning to do will even out for many taxpayers. But, of course, how it really plays out will depend on a family’s size and gross income, and large families may actually lose out under the proposed tax changes,” he said.

One aspect of the legislation, Mr. Klein noted, that might lead to inequities, was the distinction it makes between salaries and income derived from the profits of a closely-held business (pass-through), which will be taxed at a far lower rate. Additionally, one group he felt might be hurt by the bill is — what he identified as — the middle class.

“I would anticipate that Congress will ensure people in the lowest brackets will not have to pay more taxes than they do now … but if you are making $150,000 or $200,000 and own a house, now you are losing a lot of deductions like for mortgage interest expense and state and local taxes that would have helped you … it could have a negative impact on them.”

The manager of ASK Accounting Services, also in Boro Park, Amram Koenig, felt that for most lower- and middle-income families, lowering rates would be evenly offset by slashing deductions such as per-person exemptions and the subtraction of state and municipal taxes. However, he was optimistic that cutting corporate taxes from 35 percent to 20 percent would help not only large companies, but small businesses as well and, by extension, the local economy.

“It could have a major effect,” he told Hamodia. “The whole economy rolls like a ball. If businesses and individuals have more money in their pockets, it helps everybody.”

Isaac Tawil of Tawil Tax & Accounting Solutions in Lakewood was also optimistic about the effects that such a large cut in corporate taxes would have for owners of small businesses, but skeptical that it would do much to help others in the community.

“Cutting the corporate rate should be good for everybody and help to grow community businesses, but other than that, they basically gave on one side and took from the other,” he told Hamodia. “Some people might gain, but for most it looks like it should be a wash. They’re taking away the deductions per person, but giving $600 more for each kid you have — not a big loss for a frum family.”

According to Mr. Tawil, one group that would stand to lose comprises individuals earning a moderate income, who own a home in Lakewood and work in New York.

“He will get hit the hardest,” he said. “He’s losing his deduction of his high property taxes here and the high municipal rates in New York City. He could be worse off than he was before.”

Another Lakewood-based accountant, Menachem Abraham, said that, besides the official changes called for by the legislation, the proposal could also stand to affect low-income families.

“One thing that could be a hit is that taking away deductions for each child will raise their regular income. That could make it hard for people who presently qualify for public assistance programs,” he told Hamodia.

Mr. Abraham was also skeptical that cuts in corporate rates would do much to help local small businesses.

“It’s not going to touch them; you have to be making over $260,000. It may help small manufacturers compete with big corporations, but that’s not most of our small businesses,” he said.

Abraham Kahan, a CPA in Boro Park, also felt the corporate cuts would do little for small-business owners in his community.

“Most small-business owners pay themselves a salary, but do not show much profit at the end of the year, which means they won’t benefit at all,” he told Hamodia.

After running an Excel sheet to show how the bill would affect a model client’s tax bill, Mr. Kahan said he was “very upset” to see that many would stand to lose.

“Frum families were able to deduct a lot between their children and high New York property taxes and so on; they would really lose in the end,” he said. “When I first heard about tax reform I was excited, but now that I see what could be, I would have to tell anyone that he’ll have to pay more taxes.”