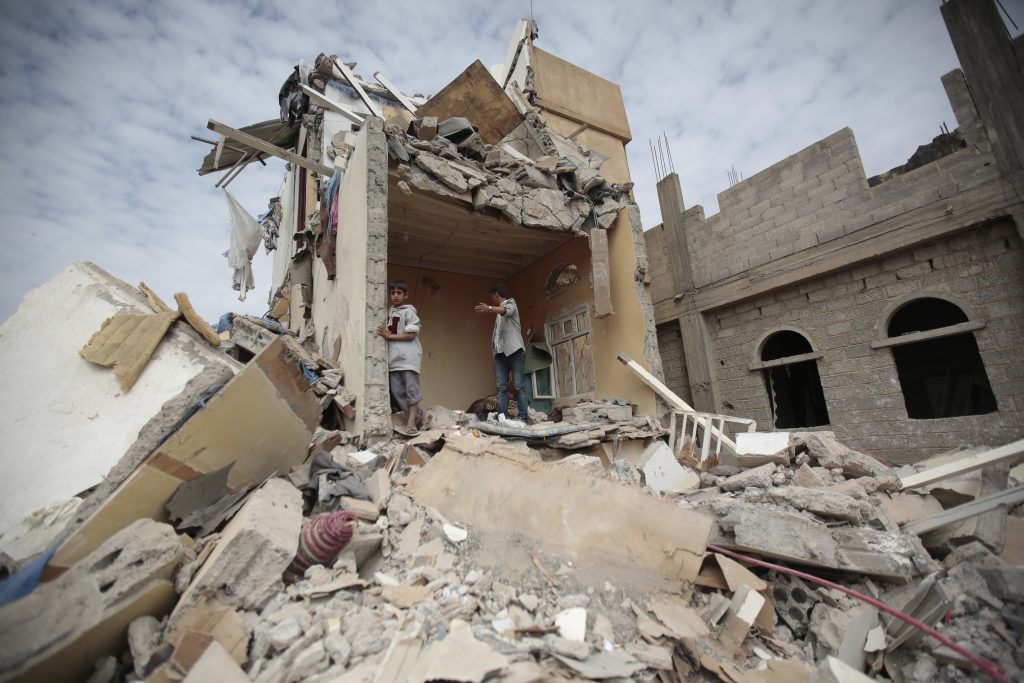 Saudi Crown Prince Mohammed bin Salman’s apparent consolidation of power risks is exacerbating an already catastrophic humanitarian crisis in Yemen, where a Saudi-led coalition has been fighting an Iran-backed militia for more than two years.

On Sunday, shortly after carrying out a purge of royal cousins and other high-ranking officials, an emboldened crown prince announced that the coalition would forcibly close all of Yemen’s ground, air and sea ports.

The move came after the Houthi militia fired a ballistic missile at the Saudi capital, Riyadh. The Saudi-led coalition had already restricted access to Yemen’s ports, but a full closure has long been feared as a potential trigger for widespread starvation.

A Saudi-led coalition intervened in Yemen’s civil war in 2015 after the Houthis took control of the capital city of Sanaa. Since then, the coalition has destroyed what little remained of Yemen’s economy and infrastructure. Mohammed bin Salman is widely seen as the architect of the coalition’s offensive in Yemen.

Around seven million Yemenis are now on the brink of famine, according to aid agencies, and ten million more don’t know where they’ll get their next meal. Cholera is spreading uncontrollably, with more than 800,000 cases reported and fears that that number will cross a million by year’s end. More than 10,000 civilians have been killed, many by coalition airstrikes.

“The idea of even more restrictions in Yemen is a cause for major concern,” said Scott Paul, a senior humanitarian policy adviser at Oxfam International who has worked in Yemen. “This could be a blip, but it could also be a sea change.”

Saudi Arabia says its newest restrictions are aimed at preventing its archrival Iran from supplying the Houthis with weapons. Iran has categorically denied arming the Houthis, who say their Volcano-variant ballistic missiles are produced in Yemen. The Saudis brought down the missile fired toward Riyadh on Sunday, and no casualties were reported.

Saudi Arabia’s move might simply be a public rebuke to Iran after Sunday’s attempted rocket attack. But some humanitarian officials characterized it as the latest example of Riyadh imposing a collective punishment on Yemenis while attempting to break the Houthis. Despite having an arsenal of weaponry purchased mostly from the United States, the Saudis are essentially fighting a war of attrition against the Houthis.

Aid organizations say the port closures could be a way to pit Houthi fighters against civilians in areas they control, forcing a fight over limited food supplies. Higher food prices would also force the Houthis to spend more money on food than weapons. It could also conceivably be a way to clear traffic from Yemen’s most vital sea port, Hodeida, before a military offensive to wrest it from the Houthis. Hodeida is the entry point for most humanitarian aid headed to the Houthi-controlled north.

Food is available in most Yemeni markets, but the Saudi blockade has made supplying it expensive for importers. As a result, most Yemenis can’t afford the food that is available. Humanitarian aid is a lifeline for at least three-quarters of the country’s population.

Yemen’s main airport, in Sanaa, has been closed for more than a year by the Saudi-led coalition. Aid organizations say more people have died because of those restrictions than have been killed by coalition airstrikes.

“Denial of access to travel has condemned thousands of Yemenis with survivable illnesses to death,” Mutasim Hamdan, the country director for the Norwegian Refugee Council in Yemen, said in a statement last month. “Beyond airstrikes and cholera, the war in Yemen is devastating Yemeni lives on all fronts.”