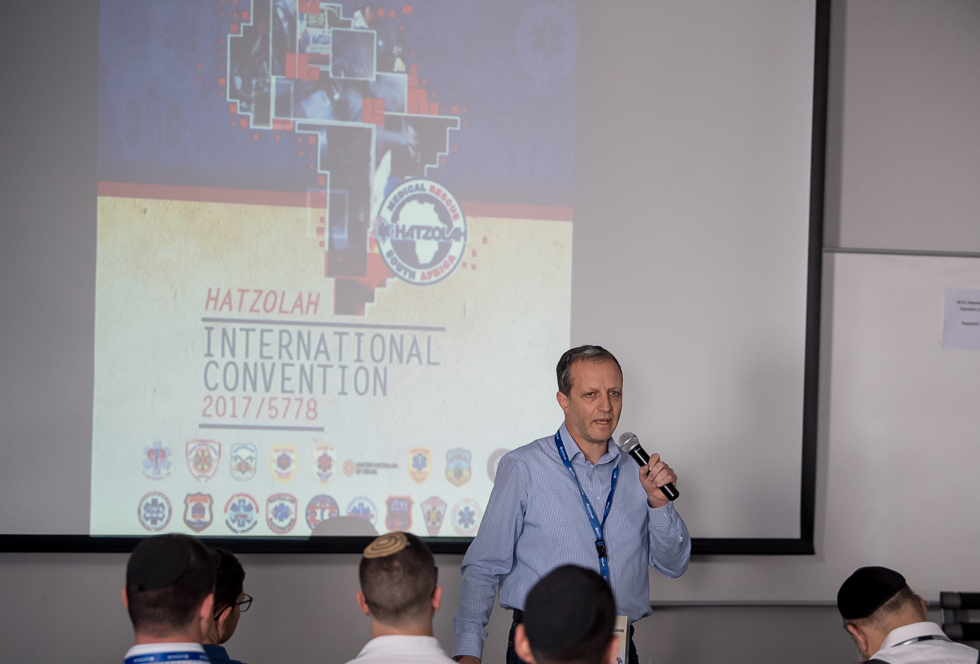 Close to 50 members from across the world traveled to attend this conference.

Speaking to Hamodia, Mr. Darren Sevitz, executive general manager of Hatzolah South Africa described the atmosphere and the highlights of the convention.

He said that there were five main topics discussed at the convention, which began Tuesday and will continue till Sunday.

These issues, he said, are areas that all Hatzolah groups and volunteers have in common. There is nothing better than to hear from others who are in the same field and thereby benefit from their knowledge and experience.

There were numerous speeches, including some of South Africa’s leading medical experts, covering all aspects.

In between lectures, practical applications and CPR training was shown to the volunteers.

This Shabbos, which will be held in the Kwa Maritane Bush Lodge, Pilanesberg, about a two-hour drive from Johannesburg, (giving them a feel of the South African bush, he notes) will be dedicated to the halachic aspects involved.

“If we can do things better from learning from each other,” says Sevitz, “than we’ve already been a success.”

Mr. Sevitz notes that the convention was held in South Africa due to the low exchange rate of the South African Rand, making it more affordable for participants. “This way, we could offer five-star hotels and gourmet meals for a fraction of what it costs elsewhere.