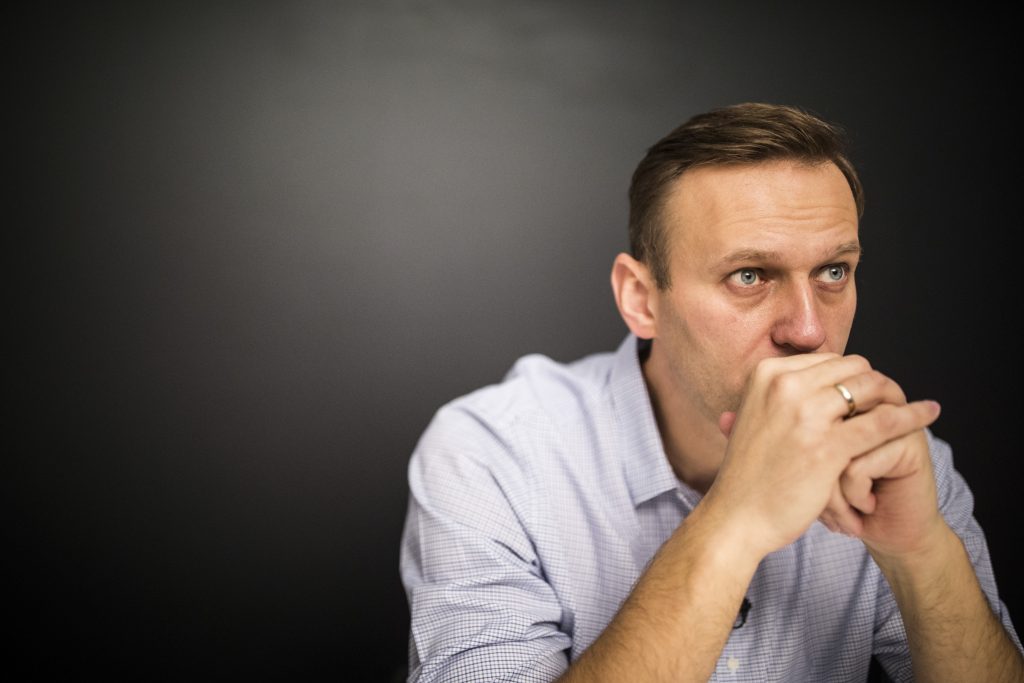 Russian President Vladimir Putin hasn’t said if he will stand for a fourth term. But with the election a little more than four months off, the presidential race is a mélange of hypotheticals with one conclusion: None of the potential candidates appear in a position to unseat him.

The most visible and adept foe of the Putin regime, opposition figure Alexei Navalny, wants to run but is legally barred from doing so. TV host Ksenia Sobchak has tossed her hat in the ring, but no one knows if she can meet the registration requirements or if she’s effectively a Kremlin red herring.

Other possible candidates include a liberal with little national visibility whose party hasn’t held a parliament seat in the last decade; Vladimir Zhirinovsky, a fire-breathing nationalist whose repeated runs have produced few votes; and the party leader of the Communists.

Putin, who has run Russia since 2000 and consistently gets approval ratings of 80 percent or higher in public opinion polls, is expected to wait until December to state his intentions. The election is scheduled for March 18.

Delaying the re-election announcement is likely a matter of tactics, not indecision. Mindful of the nationwide protests Navalny called this year that were unprecedented in geographic scope across the vast country, Putin would want to give his opponents as little opportunity as possible to rally against his formal candidacy.

The mass protests unnerved the Kremlin, which had been inclined to dismiss Navalny’s supporters as a small cadre of well-off urbanites. But Navalny, with adamantine determination and a canny use of social media, has spread his anti-corruption campaign deep into the provinces.

Just hours after his release from a Moscow jail Sunday after serving a 20-day sentence for organizing an unauthorized demonstration, Navalny attracted hundreds to hear him speak in far-flung Astrakhan, located 1,300 kilometers (800 miles) from the capital.

Navalny has repeatedly served such short jail terms and shrugged them off. But two other cases, for which he served only a single night, may be the undoing of his candidacy.

He was convicted of fraud and embezzlement in trials in 2013 and 2014 that were widely viewed as political retaliation. He was released after one day in prison in the first case and given a suspended sentence in the second, but Russian law prohibits anyone with a felony conviction from seeking the presidency.

Enter Sobchak. Known for living in high style and having hosted a show, she announced last week that she intends to declare her candidacy, but would suspend her campaign if Navalny is allowed to run.

Sobchak’s announcement carried some echoes from U.S. President Donald Trump’s time as a candidate. She portrayed herself as the candidate for people who want to vote “against everyone,” a denunciation of the Russian political system’s fundamental corruption. The message was not unlike Trump’s pitch to “drain the swamp” in Washington.

Sobchak has worked in recent years to refashion herself as more politically serious, but many observers doubt her intentions and worry about her impact on the race.

Political analyst Kirill Rogov referred to her as “opposition lite” on his blog.

“By repeating Navalny’s agenda in a softened and retouched way, she will demonstrate that it’s possible to engage in opposition activities in Russia … and work to legitimize the presidential campaign and Putin’s future victory,” Rogov wrote on his blog.

Sobchak’s immediate task is to get on the ballot. Because she was not nominated by a registered political party, she must collect 300,000 signatures from at least 40 of Russia’s 85 regions. The registration deadline is Jan. 6, posing a formidable challenge even for someone who claims 1.6 million Twitter followers.

Some in the anti-Putin ranks have a more benign view of Sobchak’s move.

“If Ksenia feels the strength and desire, of course, there is reason against it,” Mikhail Kasyanov, who was Putin’s first prime minister before going into opposition, told the Interfax news agency. “In every possible way, I welcome the activity of different people, including participation in the presidential elections.”

Both Kasyanov and analyst Rogov believe Navalny’s candidacy will be blocked. Central Elections Commission chairwoman Ella Pamfilova said this year that only a “miracle” would allow him to get on the ballot.

Grigory Yavlinsky is likely to get on the ballot as the candidate of the liberal Yabloko party. Although Yabloko was part of a joint opposition effort that won about 15 percent of the seats in Moscow’s recent City Council election, the party has less of a presence outside the capital.

Zhirinovsky, the nationalist known for his vehement and coarse assertions of Russian superiority, tallied only about 6 percent in the 2012 presidential election. Public opinion polls last month showed him garnering about 2 percent in 2018.