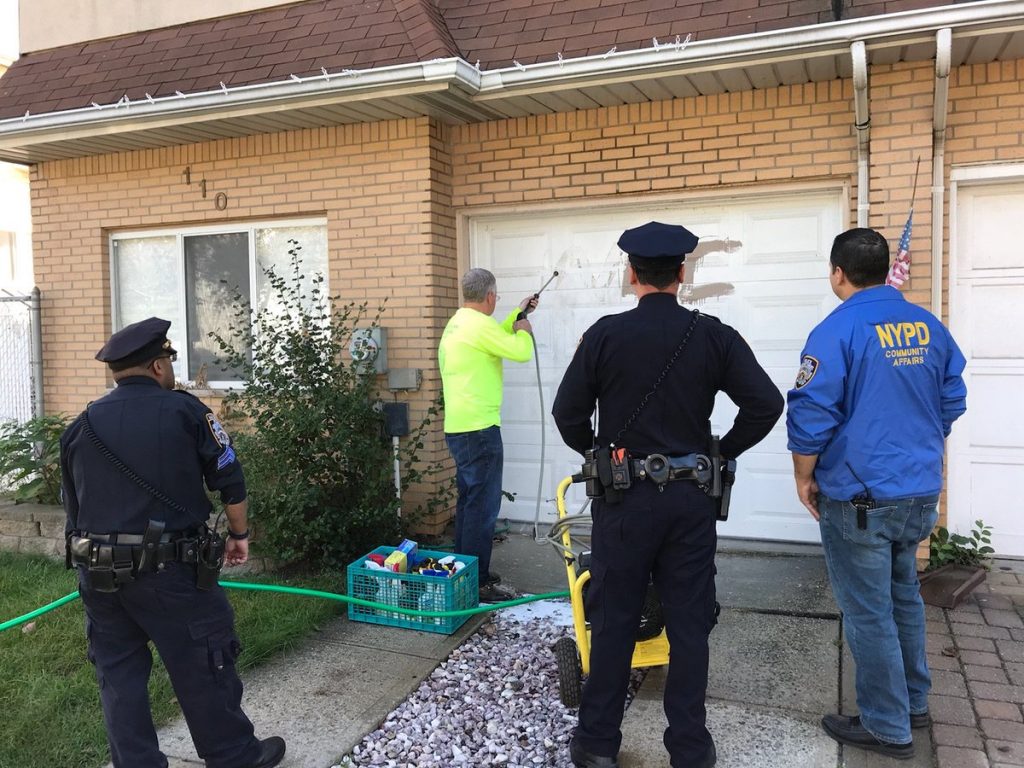 Police arrested a man Thursday for scrawling a swastika and an anti-Semitic slur onto his Jewish neighbor’s garage.

James Rizzo, 37, was taken into custody in front of his home after police identified him as a person of interest. Seventeen-year-old Halle Calabrese, one of the vandalism victims, said Wednesday it’s “very upsetting” to know someone could have that much hate for someone of a certain religion.

Capt. Mark Molinari of the NYPD Hate Crimes Task Force said police were able to identify the suspect thanks to the community providing surveillance footage and information.