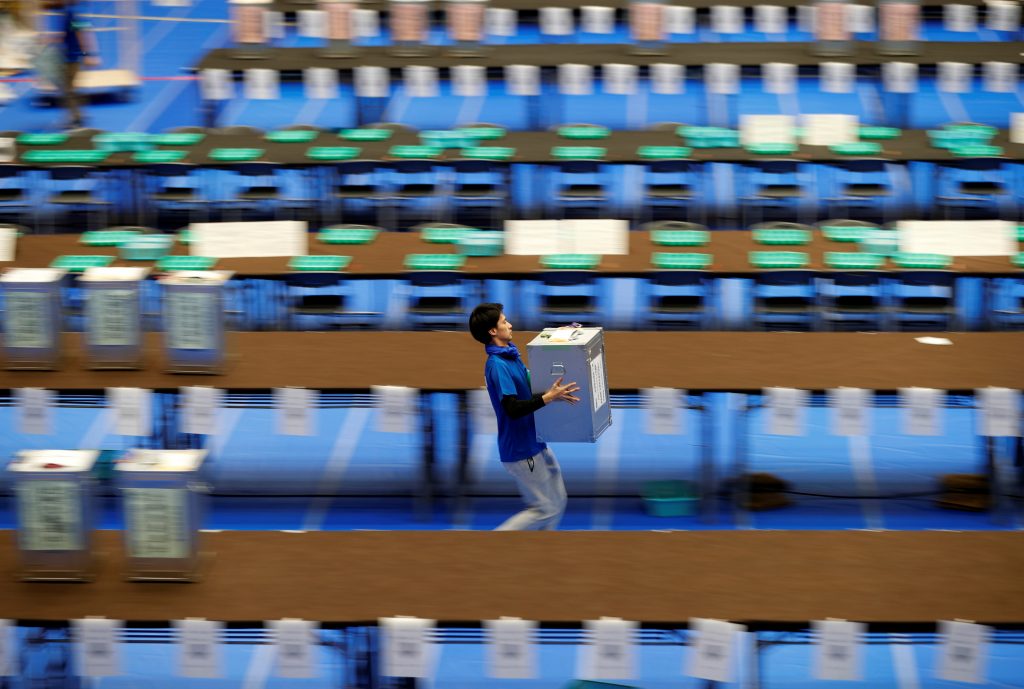 Abe’s Liberal Democratic Party-led (LDP) coalition was set to win 311 seats, keeping its two-thirds “super majority” in the 465-member lower house, an exit poll by the TBS channel showed. Some other broadcasters had the ruling bloc slightly below the two-thirds mark.

A hefty win raises the likelihood that Abe, who took office in December 2012, will win a third three-year-term as LDP leader next September and go on to become Japan’s longest-serving premier. It also means his “Abenomics” growth strategy centered on the hyper-easy monetary policy will likely continue.

The U.S.-drafted constitution’s Article 9, if taken literally, bans the maintenance of armed forces. But Japanese governments have interpreted it to allow a military exclusively for self-defense.

Backers of Abe’s proposal say it would just codify the status quo. Critics fear it would allow an expanded role overseas for the military.

The LDP’s junior partner, the Komeito, is cautious about changing the constitution, drawn up after World War II, but media have forecast that the LDP and pro-revision opposition parties are on track for the two-thirds majority needed to begin to make changes.

Abe said he needed a new mandate to tackle a “national crisis” from North Korea’s missile and nuclear threats and a fast-aging population. He called the poll amid confusion in the opposition camp and an uptick in his ratings, dented earlier in the year by suspected cronyism scandals.

A new conservative party, the Party of Hope, led by Tokyo Governor Yuriko Koike, was jostling with a new liberal opposition party, the Constitutional Democratic Party of Japan, for the top opposition spot, the exit polls showed.

Koike’s party had lost steam from early in the campaign, while the CDPJ picked up momentum.