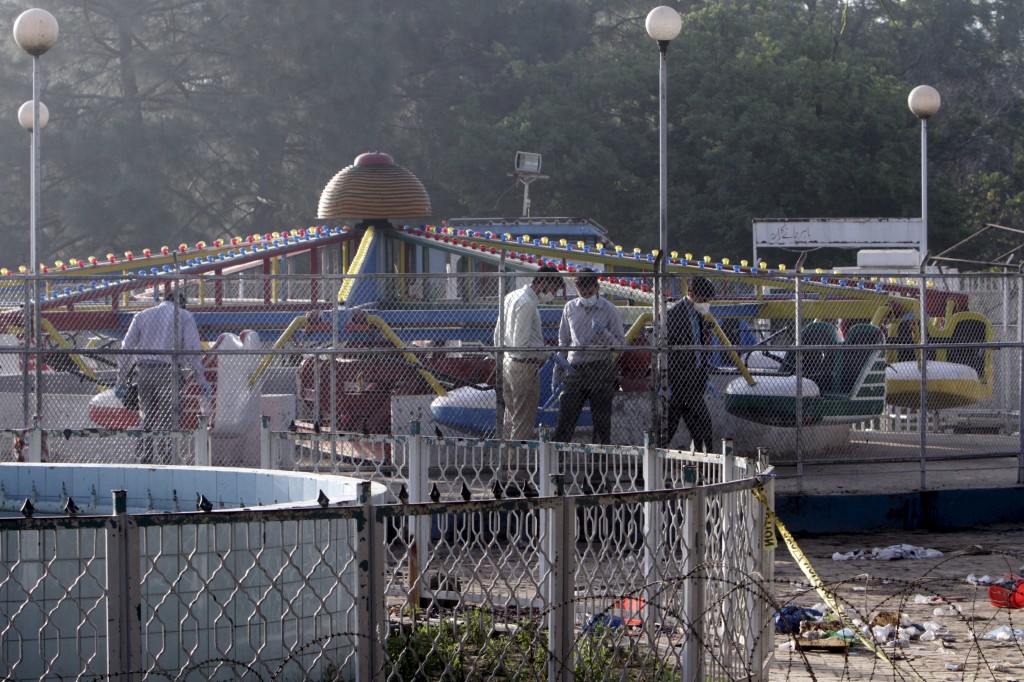 Senior terrorist commander Asad Afridi has emerged as the favorite to become the new leader of a deadly Pakistani Taliban faction, terrorist sources said on Friday, days after a U.S. drone strike killed the group’s chief.

Jamaat-ul-Ahrar (JuA), a splinter faction of the Pakistani Taliban, has killed hundreds of people in bomb attacks and is considered one of the most dangerous terror groups in the nuclear-armed South Asian nation.

The killing of JuA chief Omar Khalid Khorasani was a major boost for Pakistan’s anti-militancy campaign and is likely to help ease tension with uneasy ally the United States days ahead of a visit by U.S. Secretary of State Rex Tillerson.

Two JuA commanders told Reuters that Afridi was nominated to take over during a meeting in Afghanistan by the group’s Shura, or leadership council.

“Asad Afridi was close to Omar Khalid, who had declared him his deputy,” said one JuA commander.

A second JuA terrorist, who is a member of the Shura, confirmed Afridi was nominated as the new chief.

Khorasani was seen as ruling the group with an iron fist.

“Our organization used to be a one-man show. All powers were in the hands of Omar Khalid Khorasani,” the second commander added.

Khorasini’s killing follows a slight thawing in relations between Islamabad and Washington, seemingly sparked by the Pakistan army last week freeing a U.S.-Canadian couple and their three children after five years in captivity. The family was held by the Haqqani network, an Afghan Taliban-allied terrorist group.

The warmer words flowing from Washington have been in stark contrast to threats by U.S. officials that it would cut military aid and impose targeted sanctions if Pakistan did not stop providing a safe havens to the Afghan Taliban and Haqqani network.

Pakistan is investing more than $500 million to fence the 2,500-km frontier.

But in a sign that relations between Washington and Kabul have a long way to go, the CIA chief on Thursday said the U.S.-Canadian couple had been held inside Pakistan for five years, contradicting Pakistan’s claims that they were held in Afghanistan.

It is not clear if Afridi would change tack if he gets confirmed as JuA leader, but there are concerns within the group about his tribal power base.

Afridi belongs to the Zakha Khel area of Pakistan’s Khyber region of the Federally Administered Tribal Areas (FATA) that border Afghanistan, but Khorasini, and most JuA fighters, belong to the Mohmand region in FATA.

“The organization was basically formed in Mohmand and the majority of the fighters and commanders are from Mohmand therefore people would have wished someone from the same area,” said the first JuA commander.

He said Afridi did not have a religious or formal school education but had a history of fighting and had at one point fought U.S. troops in Afghanistan as part of the Taliban.

Khorasani was killed during a series of U.S. drone attacks this week in which at least 30 people were killed on the Afghan side of the border.

His death followed two years in which JuA has emerged as the most deadly Pakistani Taliban faction, and at one point allied itself with Islamic State before apparently re-joining the Pakistani Taliban.

The group bombed a gathering at a park in the eastern city of Lahore last March, killing at least 70 people. In August 2016, it bombed a hospital in Quetta targeting the city’s most prominent lawyers, killing 74 people.

In June this year, JuA targeted the provincial police chief of the restive western Pakistani province of Baluchistan, killing 13 people. The attack was also claimed by Islamic State.