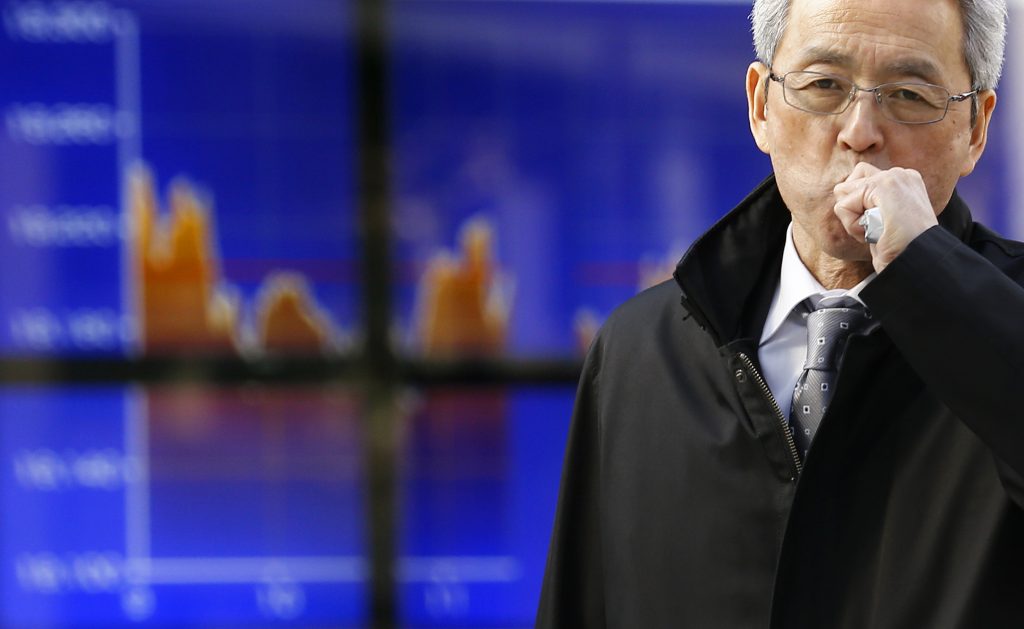 Oil prices clung to this month’s high on Tuesday after Iraqi forces seized the oil-rich city of Kirkuk from largely autonomous Kurdish fighters while Asian shares held firm on optimism about upcoming earnings.

Japan’s Nikkei rose 0.4 percent, marking an 11-day winning streak while MSCI’s broadest index of Asia-Pacific shares outside Japan was up 0.1 percent, having gained in 10 of the past 12 sessions.

European shares are expected to tick up slightly, with spread-betters looking at a rise at opening of up to 0.1 percent in Britain’s FTSE, France’s CAC and Germany’s DAX.

“There is no major country that is facing economic troubles. We have a decent global growth, upbeat corporate sentiment and no inflation. Stocks are the obvious choice in this environment,” said Arihiro Nagata, head of derivatives at SMBC Nikko Securities.

Oil prices held near their highest levels in almost three weeks after Iraqi government forces captured the major Kurdish-held oil city of Kirkuk in a response to a Kurdish independence referendum, raising worries about oil supply.

Although production resumed shortly thereafter, concerns about supply disruptions and further escalations in the confrontation between Baghdad and the Kurds kept investors on edge.

Taylor is known as a proponent of a rule-based monetary policy and according to his formula, known as the Taylor rule, the Fed funds rate needs to be much higher than the current target of 1.0 – 1.25 percent.

The policy-sensitive two-year yield jumped to as high as 1.546 percent, its highest since 2008, while Fed funds rates futures contract for settlement in late 2018 to early 2019 posted one of their biggest falls so far this year.

Trump has met other candidates, including former Fed Governor Kevin Warsh, current Governor Jerome Powell and he will see Yellen on Thursday, leaving markets on tenterhooks.

“At the moment, there’s no consensus at all in the market and there is little point betting on who will be picked as it would be a complete gamble. But once the decision is made, there will be a clearer market direction,” said Tomoaki Shishido, fixed income analyst at Nomura Securities.

“And when the uncertainty is cleared, bond yields are likely to rise given the strength of the economy now,” he added.

Major currencies were on hold.

The euro traded at $1.1782, down slightly from the previous day.

The offshore Chinese yuan weakened 0.3 percent to 6.5992 yuan ahead of a key Chinese Communist Party meeting to start on Wednesday, as well as Chinese economic data on Thursday.

Implied volatilities on yuan options have risen in recent weeks as investors brace for uncertainty over China’s economic policy under new leadership.

China’s central bank governor said the economy could grow 7 percent in the second half of this year, accelerating from the first six months and defying widespread expectations for a slowdown.

The Mexican peso flirted with a five-month low on concerns over the future of the North American Free Trade Agreement (NAFTA) as Washington has presented hard-line proposals in talks.

Elsewhere, copper soared to $7,134.5 a ton, hitting a three-year high, having jumped 3.7 percent on Monday, its biggest gain in about 10 months, helped by prospects of brisk economic growth. It last stood at $7,110.5.