Israel Report: Alshich to Enter Politics After Falling Out With Netanyahu
Israel 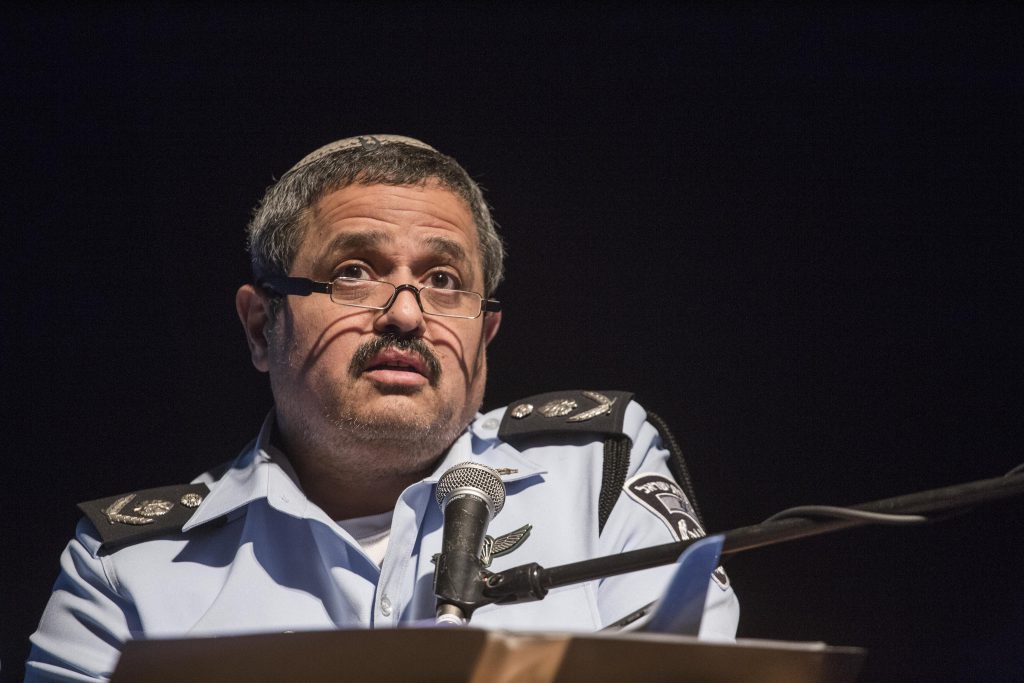 Police Chief Roni Alshich is planning to enter politics, a report on the News 1 site said. Alshich hinted at the possibility of his entering politics in conversations with associates, the report said, as well as in at least one public forum. When he was asked by an audience member what his long-term plans were, Alshich said he saw his role as “serving the public” both inside the Israel Police, and afterwards as well.

As to which party Alschich would join, the report said that as a member of the Religious Zionist community – and as one who in the past has criticized Education Minister Naftali Bennett – Alshich was most likely to join Bennett’s Jewish Home party. Due to his prominent position, he is also likely to challenge Bennett in leadership of the party, the report said.

Although Alschich can join a political party and even seek to lead one, he cannot run for the Knesset – not while he is Chief of Police, and not for at least a year afterwards. His current term as Police Chief ends in December 2018. The report said he is likely to announce his plans around that time.

According to the report, Alshich is planning to enter politics because he does not believe he will be able to get an appointment as the head of the Shin Bet security service. Alshich’s previous job was as deputy director of the Shin Bet, and he was “drafted” to head the Israel Police by Prime Minister Binyamin Netanyahu. Alshich originally balked, but accepted the job after being promised by Mr. Netanyahu that he would receive “top consideration” as the next Shin Bet director, who will be appointed in 2019. However, due to the police investigations against Netanyahu, which has led to a falling out between the prime minister and the Police Chief, Alshich has come to realize that he is unlikely to get that job – and instead is opting for politics, the report said.