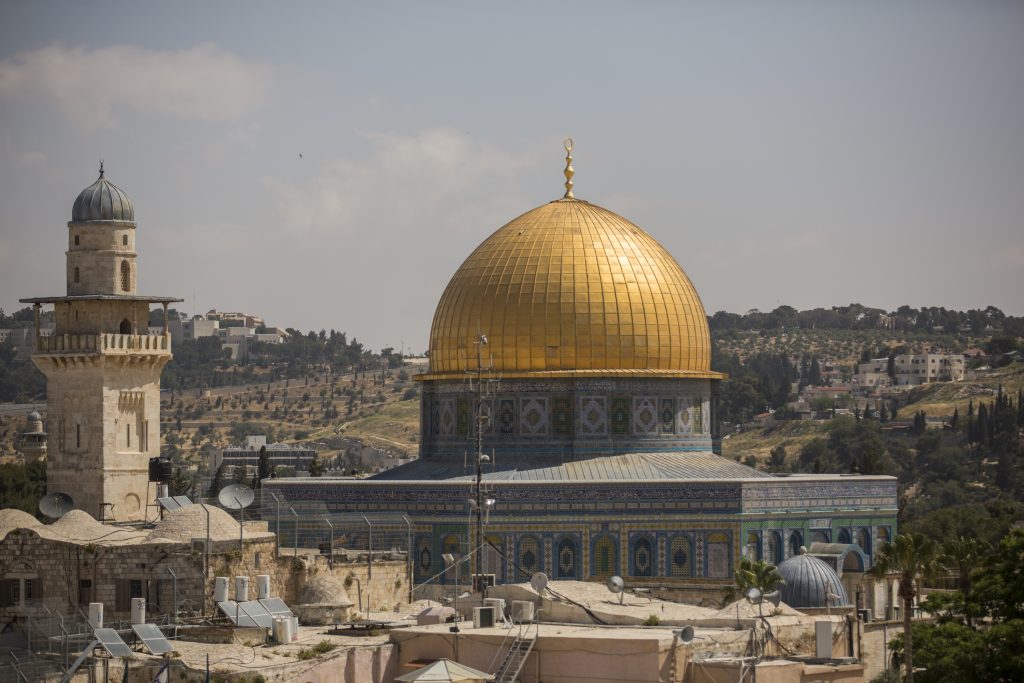 Gedolei Yisrael have ruled time and again that Jews cannot ascend Har HaBayis, but Arabs have free access to the holy site — and police have promised to enforce the strictures of kedushah that the site deserves. Responding to a letter by Israeli activist attorney Chaim Bleicher, police have promised to enforce a High Court ruling relating to that kedushah — by cracking down on soccer matches played by Arabs on Har HaBayis.

The issue of Muslim soccer games has been an ongoing one. Jewish witnesses who have ascended Har HaBayis have reported observing the games in the green areas of the site. According to a High Court ruling from three years ago, such games are prohibited because of the holiness of the site. The only place games permitted are next to two Muslim schools that are located on the site. According to the witnesses, the games have moved from the schools to the main square, outside the Al Aqsa Mosque.

Bleicher, an attorney with the Honenu organization, wrote in a letter to police that he was writing on behalf of Israelis who had filed complaints on the matter, but whose complaints had been ignored. “The lack of action by police leads to a desecration of the site that harms all believers,” he wrote.

In response, police said that they would increase their enforcement of the matter. “We have sharpened our directives and have instructed officers to fulfill the requirements of the High Court ruling and prevent soccer games, except, as the ruling stated, in the area of the schools located there,” police said in their response.