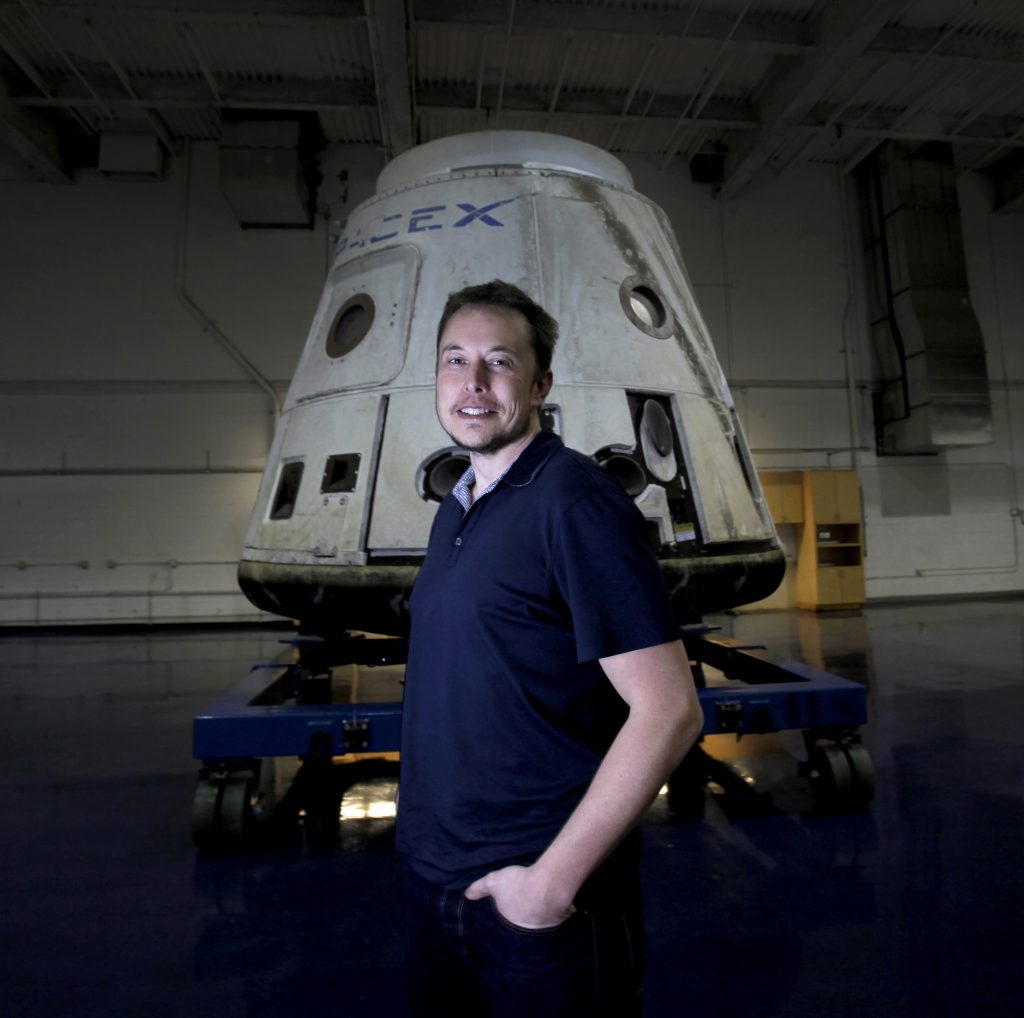 Elon Musk thinks he’s figured out a way to pay the billions of dollars in development costs for his Mars colonization plans: Shrink the size of the rockets and spaceships so they can pull double duty on missions closer to home.

In a speech Friday at the International Astronautical Congress in Adelaide, Australia, the SpaceX chief executive showed off new specs for the rocket and spaceship system known for now as BFR, a reference to how big the vehicles still would be.

Under the new plan, the rocket and spaceship each will measure about 30 feet in diameter. When stacked on top of each other, they will be about 500 feet tall.

On Friday, Musk said a smaller vehicle still could get people to Mars, while also being useful for missions in Earth orbit.

He said SpaceX realized that if it built a system that “cannibalizes” its current products and makes them redundant, it then could stockpile Falcon 9 and Falcon Heavy rockets and Dragon spacecraft for customers who might be more comfortable with the tried-and-true methods. Then, SpaceX could use its resources to develop BFR.

Musk said the company is beginning to seriously develop the system and hopes to fly its first cargo mission to Mars in 2022, with a combined cargo and crew mission set for 2024. He said construction on the first spaceship will begin in about six to nine months.

Bill Ostrove, aerospace and defense analyst with Forecast International, said the time frame for those developments was “definitely aggressive.” Musk himself said in his speech that the 2022 date was “aspirational.”

“It’s hard to doubt that Elon Musk will pull something off at this point, with the number of successes he’s had,” Ostrove said. “But I think those time frames are unlikely, to say the least.”

Closer to home, Musk said BFR would replace SpaceX’s current launch vehicles and spacecraft and launch satellites, take missions for the International Space Station and even help establish a moon base — generating revenue that could go toward paying off the rocket system’s development costs.

Musk estimated last year that the development cost for the Mars system would be about $10 billion.

While the updated plan is still “very ambitious,” Ostrove said it was more practical than the one announced last year.

“There’s a lot more focus on the actual rocket,” he said. “That makes sense because that’s where SpaceX’s core competencies are.”

Musk also suggested an even more terrestrial use of BFR: long-distance transportation from one city to another.

“If you build a ship that’s capable of going to Mars, what if you take that same ship and go from one place to another on Earth?” Musk said during his speech. “So we looked at that, and the results are quite interesting.”

He said travelers could get from, say, Los Angeles to New York in 25 minutes with the reusable rocket landing at its destination. In a subsequent Instagram post, Musk said the price per seat would be about the same as a full fare in economy class on a commercial airline.

Last year, Musk first unveiled his vision of a fleet of 1,000 spaceships carrying 100 people each that would embark en masse for the Red Planet. The goal: to eventually establish a self-sustaining colony of at least 1 million people and make humans a multiplanetary species within 40 to 100 years.

Those rockets would boost spaceships into a “parking orbit” around Earth, while reusable boosters would return to the ground and pick up propellant tankers to top off before the long journey.