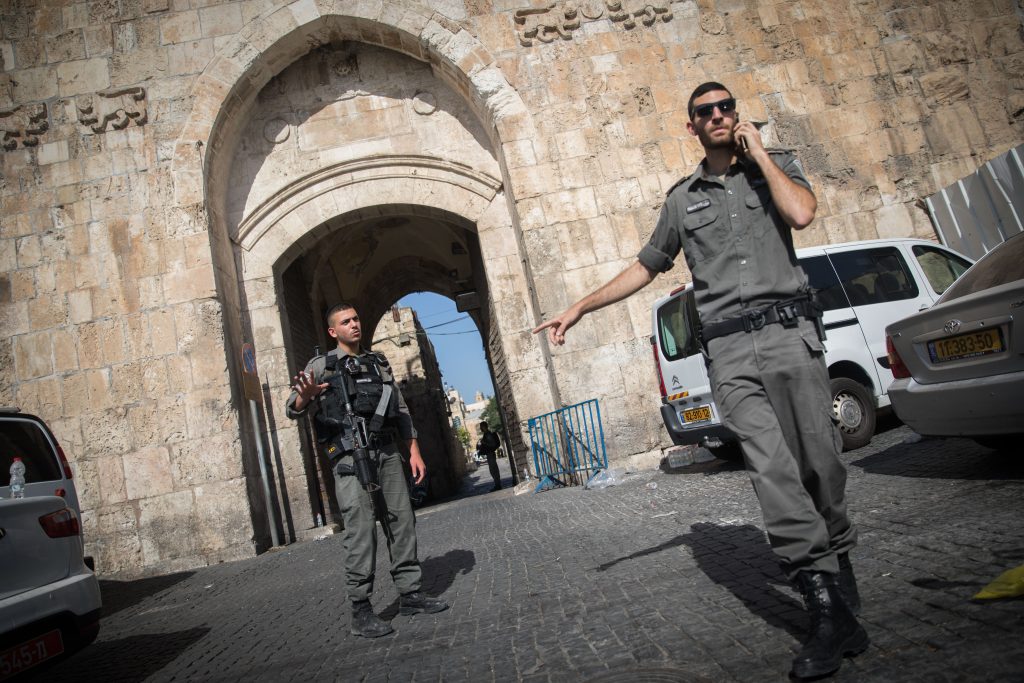 Indictments were issued Thursday against three Israeli-Arab residents of Umm el-Faham for supporting of IS terrorist group and planning a “copycat” terror attack on Har HaBayis.

The detainees are Sa’id Ghasoub Mahmud Jabarin, a 26-year-old resident of Umm el-Faham, who was involved in planning the foiled attack on Har HaBayis. A 16-year-old boy was also detained in connection with the attack. The teenager’s name was not cleared for publication.

They planned to enter Har HaBayis with weapons and shoot as many non-Muslims as possible. The two were arrested last month, and weapons were found in the home of the 16-year-old that were to be used in the attack.

The third detainee is Faras Salah Mahmoud Mahajna, a 24-year-old resident of Umm el-Faham. Mahajna was arrested for supporting IS and for possession of illegal weapons.

The three have been held since their arrest, and security officials authorized release of news of the arrest and indictment Thursday.

According to the indictment, the men were strong supporters of Islamic State and had attempted to make their way to Syria in order to fight with the group. When that failed, they decided to carry out a terror attack on Har HaBayis. They acquired weapons and planned to smuggle them inside the compound, where they would pull them out and open fire on police, tourists and Israelis who were present.

Officials did not say if the attack was planned before or after late July, when Israel installed, then removed, metal detectors and other security checks at the entrance to Har HaBayis. The planned attack appeared to be an attempt to repeat the terror attack in Yerushalayim last July, in which terrorists – themselves residents of Umm el-Faham – murdered Israeli police officers Ha’il Satawi and Kamil Shanan. The terrorists, three relatives from Umm el-Faham, then ran away to Har HaBayis where they had stashed weapons, and engaged in a shootout with police before they were killed.

Investigators said they had not found a direct connection between the terrorists who carried out that attack and the latest detainees, but that the latter may have been “inspired” by the July terrorists to carry out another attack. The defendants will be brought to court for a hearing Thursday, and police plan to ask that they be remanded until the end of proceedings against them.