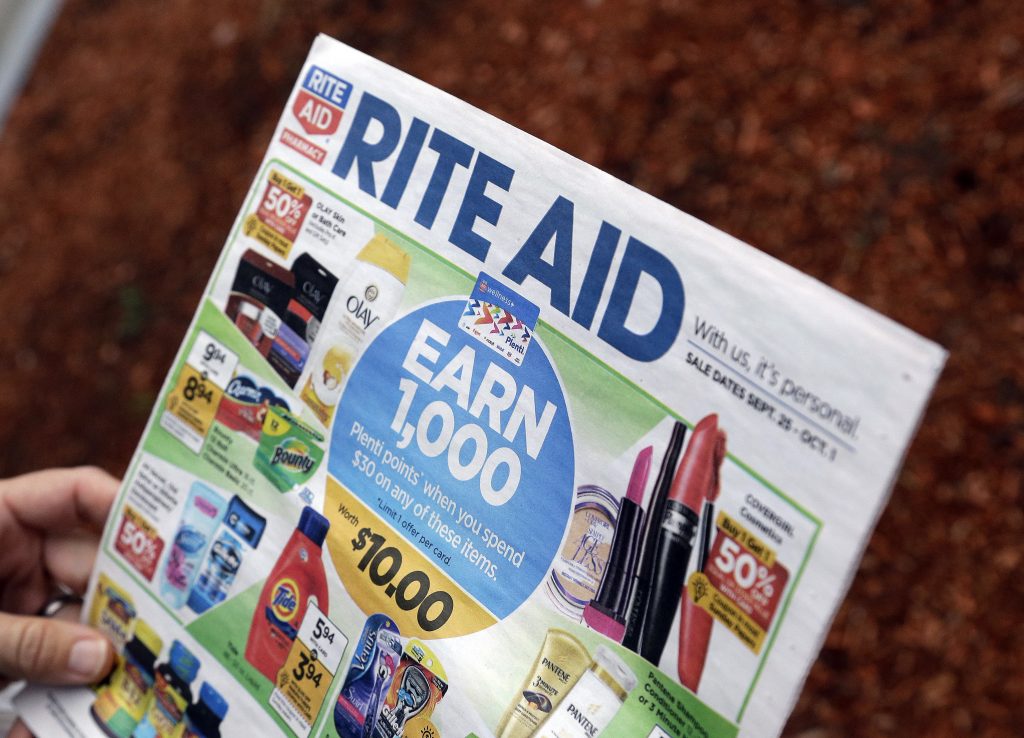 Rite Aid Corp. reported a second-quarter profit on a hefty merger-related fee, though revenue fell as the drugstore chain again tries to move forward with a sale to Walgreens.

The Camp Hill, Pennsylvania-based chain reported profit of $170.7 million, or 16 cents per share, due to a fee from the prior failed attempt at a deal with Walgreens. Losses, adjusted for non-recurring gains, were 1 cent per share.

The companies abandoned the previous transaction valued at $9.4 billion after it spent years in regulatory review. That triggered a termination fee to Rite Aid.

The latest plan calls for a slimmer store-purchase agreement where Walgreens will spend $4.38 billion on 1,932 stores, three distribution centers and inventory. The companies hope the revision will help the deal between the nation’s largest and third-largest drugstore chains get past antitrust regulators.

Revenue during the quarter fell 4.4 percent to $7.68 billion. Rite Aid said that reflects a “challenging reimbursement rate environment and the effects of an extended merger and asset sale process.”

Sales at stores open at least a year — a key metric of a retailer’s health — fell 3.4 percent during the quarter. That includes a 4.6 decline in pharmacy same-store sales and a 0.9 percent drop in front-end sales.

Separately, Rite Aid named Kermit Crawford as president and chief operating officer effective Oct. 5. Crawford spent more than 30 years at Walgreens and retired from the chain in 2014 as executive vice president and president of pharmacy health and wellness.