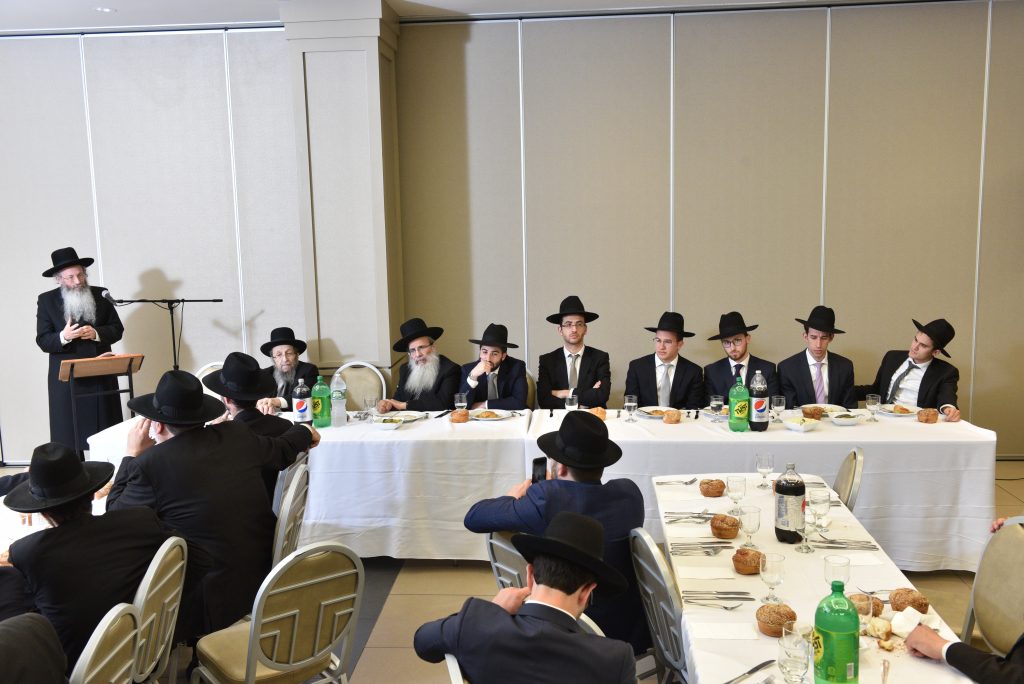 In the coming weeks, a group of yungeleit from Beth Medrash Govoha will be leaving Lakewood to establish a new kollel in Berlin, Germany, with the goal of infusing the vibrant and growing kehillah that has developed there with an increased ruach haTorah.

The group of six kollel members will be led by Rabbi Yaakov Baum, who saw the challenge as a unique opportunity.

“There’s a lot that we take for granted living in Lakewood or any center of the frum world. For families that grew up in those worlds, it’s a chance to show a community what it means to be a ben Torah or a product of Bais Yaakov,” he said. “It goes far beyond learning and shiurim. It’s a way for us to showcase what a Torahdig home looks like and to make that concept part of the spectrum of Berlin’s beautiful kehillah.”

Rabbi Baum is originally from Detroit and is a son-in-law of Harav Shalom Kamenetsky. Until taking his present position in Berlin, he was a Rosh Chaburah in Beth Medrash Govoha, where he has studied for several years.

While certain that they will face challenges in the new environment far from what the average American kollel yungerman is used to, Rabbi Baum said that he is confident that with the strength of the group that has been selected that “it will be easy to do good things.”

He also noted the phenomenal impression that the Berlin community made on him during his brief visit there.

“It’s a very sincere and cohesive group of people who have a real desire to grow in ruchniyus,” said Rabbi Baum.

The kollel will be situated in the Skoblo Center, the home of the Khal Adas Yisroel shul and a community kindergarten. It will share the beis medrash with the Rabbiner Seminar of Berlin, a modern-day incarnation of the historic Hildesheimer Seminary. Continuing the mission of Harav Ezriel Hildesheimer, zt”l, the seminary aims to produce Rabbanim to meet the needs of Orthodox communities throughout Germany.

The core of the Adas Yisroel kehillah, with which the kollel will be associated, consists of 75 families, largely from the former Soviet Union. It is a young community that boasts a Jewish elementary school funded by the Lauder Foundation, which has been the main partner in much of the revival of Jewish life in Berlin.

The Berlin project is one of 80 kollelim worldwide that are affiliated with Beth Medrash Govoha. Rabbi Sroyohu Levitansky, Director of Beth Medrash Govoha’s Community Development Office, worked with contacts in Berlin and elsewhere in selecting yungeleit and working to make the project a reality.

“We looked for yungeleit who we felt could engage the members of Berlin’s kehillah and help it keep growing,” he said. “Obviously, we are looking for people with a certain level of learning, but who also have a certain openness and energy who can connect to people who come from very different backgrounds than theirs.”

The “out-of-town” kollelim generally follow a similar model of two sedarim in which yungeleit learn b’chavrusa with each other on the level they were accustomed to in the yeshivos they came from. Nights, and often parts of Sundays and Shabbosos, have organized programs that allow them to study together with members of the broader community.

American-born Rabbi Joshua Spinner, Executive VP and CEO of The Ronald S. Lauder Foundation, has been a leader of the Berlin kehillah since 1997. It was largely as a result of his initiative that the idea of a kollel in Berlin began to take root.

“With the support of Ronald Lauder, the Wolfson family, and others, we have built up a real Torah kehillah here that is yesh me’ayin. There is nothing else like it in Germany or even in most of central Europe,” he said.

While partially funded by Beth Medrash Govoha, much of the funding for the kollel has been raised from Jews in Berlin and around Europe. Demonstrating the extent of the influence that the kollel could potentially have, he noted that several traditional but not strictly Orthodox Jews in the city had agreed to donate to the cause, but only on condition that they could set up times to learn together with members of the kollel. Another made a condition that one of the yungeleit give regular shiurim in the shul he attends.

Rabbi Spinner said that in many ways, bringing American yungeleit to Berlin was easier than to other overseas locations, noting that nearly all the kehillah’s members, and even most residents of the neighbor around the Jewish community, are proficient in English.

“We have a night kollel and an Avos Ubanim; it’s amazing what was born here in Berlin, but now we want to take things to the next level and have a group whose job it is to make sure that there’s a kol Torah that doesn’t stop,” said Rabbi Spinner.