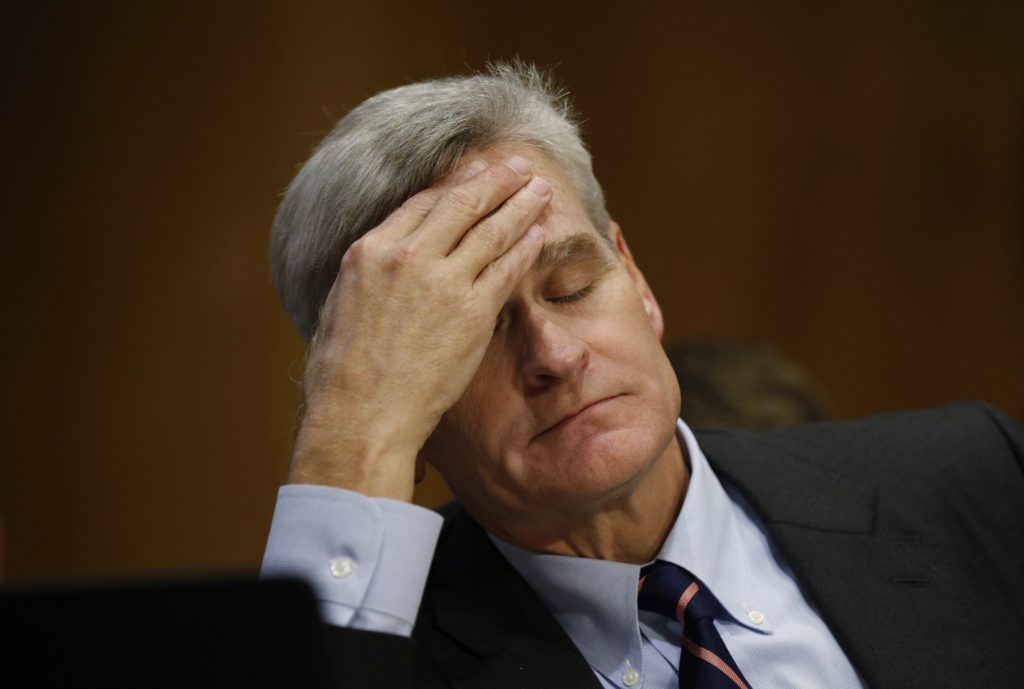 The Maine moderate said in a statement that the legislation would make “devastating” cuts in the Medicaid program for poor and disabled people, drive up premiums for millions and weaken protections Obama’s law gives people with pre-existing medical conditions.

Collins told reporters that she made her decision despite receiving a phone call from President Donald Trump, who’s been futilely trying to press unhappy GOP senators to back the measure.

She said the legislation is “deeply flawed,” despite several changes its sponsors have made in an effort to round up support.

The collapse of the legislation marks a replay of the embarrassing loss Trump and party leaders suffered in July, when the Senate rejected three attempts to pass legislation erasing the 2010 statute. The GOP has made promises to scrap the law a high-profile campaign vow for years.

With their narrow 52-48 majority and solid Democratic opposition, three GOP “no” votes would doom the bill. GOP Sens. John McCain of Arizona, Rand Paul of Kentucky and Texas’ Ted Cruz have said they oppose the measure, though Cruz aides said he was seeking changes that would let him vote yes.

The only way Republicans could revive the bill would be to change opposing senators’ minds, something they’ve been trying unsuccessfully to do for months.

The Senate must vote this week for Republicans to have any chance of prevailing with their narrow margin. Next Sunday, protections expire against a Democratic filibuster, bill-killing delays that Republicans lack the votes to overcome.

It was unclear if Senate Majority Leader Mitch McConnell, R-Ky., would have a roll call if he knew it would lose.

Collins announced her decision shortly after the nonpartisan Congressional Budget Office said “millions” of Americans would lose coverage under the bill and projected it would impose $1 trillion in Medicaid cuts through 2026.

No. 3 Senate GOP leader John Thune of South Dakota conceded that the measure’s prospects were “bleak.”