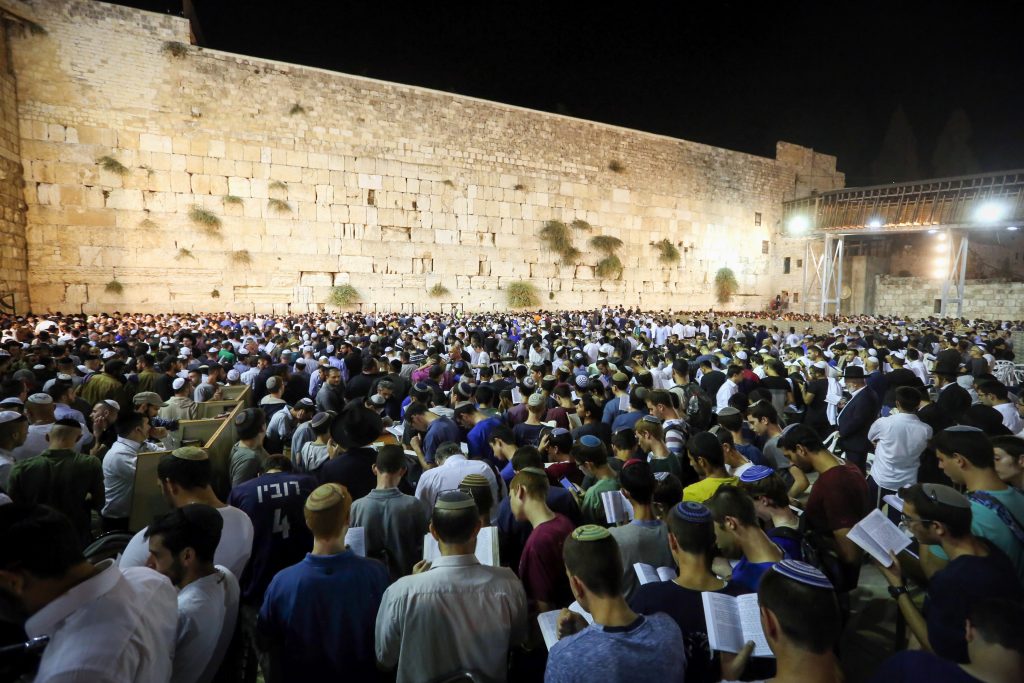 While the Kosel plan for the non-Orthodox has been put into permanent freeze, relations between Israeli Prime Minister Binyamin Netanyahu and the Reform movement turned hot with anger on Monday.

PM Netanyahu said in New York on Monday night that the Reform and Conservative movements have been seeking official recognition “via the backdoor, secretly, under the pretext of a technical clause of joint administration of the Western Wall,” according to Army Radio reporter Ilil Shahar.

The comment, made to members of the Israeli press corps with the prime minister in New York, referred to the January 2016 plan which attempted to smuggle recognition of the heterodox movements into the fine print.

Moreover, Mr. Netanyahu indicated that he was not about to try to undo the status quo in Israel at the behest of the Reform and Conservative leaders.

“There’s a struggle for the recognition of the Reform movement in Israel and to limit the power of the Chief Rabbinate. This struggle we won’t solve,” Mr. Netanyahu said in response to a question by The Times of Israel. “There is a struggle, I don’t hide it, it’s a fact. This struggle has been going on for many years, no government has changed it.”

Reform leaders answered with open anger. Gilad Kariv, director of the Reform Movement in Israel, accused Mr. Netanyahu of joining “the wave of chareidi incitement against millions of Reform and Conservative Jews.”

“The Reform Movement does not clandestinely demand recognition bur rather openly and publicly,” said Kariv.

Director of the Masorti Movement in Israel Yizhar Hess called Mr. Netanyahu’s comment “fake news,” recalling that the prime minister had initially proposed the agreement and persuaded them to go along with it.

PM Netanyahu also offered a glimpse of the behind-the-scenes politicking which so often runs counter to the Israeli politicians’ rhetorical attacks on the chareidim. He said that chareidi MKs have shown him countless messages they received from “parties across the political spectrum with all sorts of offers,” for possible future coalitions with the chareidi parties.

“There are a lot of false presentations here,” Mr. Netanyahu said. Politicians who regularly assail him for ‘giving in” to the chareidim on such issues as the Kosel, conversion and other status quo matters, quietly promise “to forget everything” in exchange for political support after the next elections.