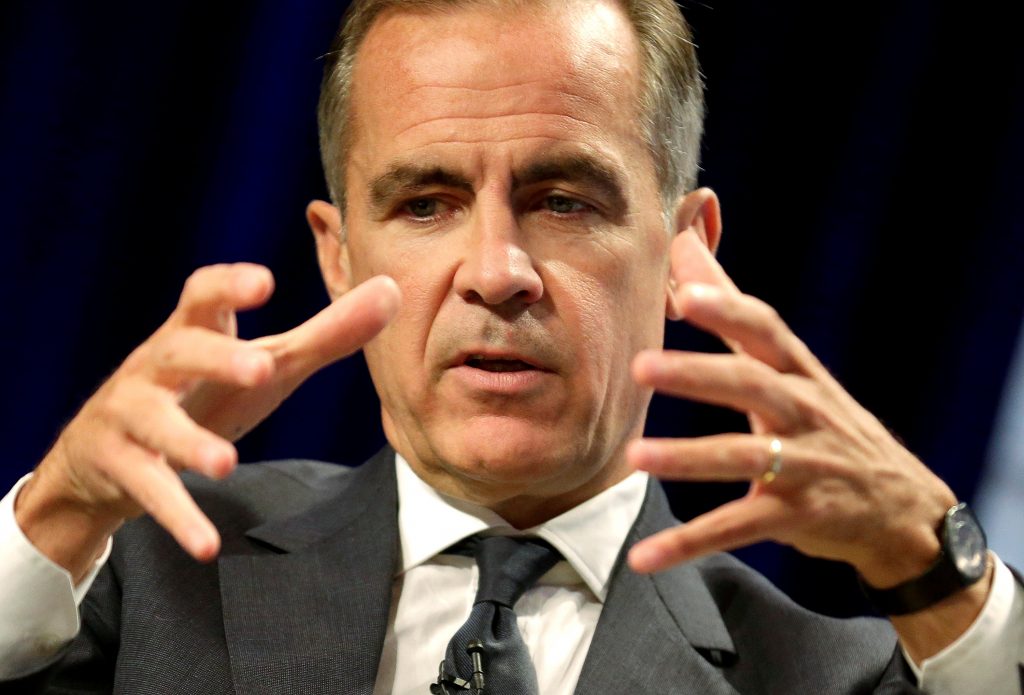 The British economy is likely to grow more slowly than its peers in the Group of Seven until the middle of next year, largely because of uncertainties related to the country’s exit from the European Union, the Bank of England governor said Monday.

In a speech at the International Monetary Fund in Washington, Mark Carney said Brexit is already prompting households to rein back on their spending and businesses to invest less than usual in what otherwise is a favorable environment linked to low interest rates, firm global growth and relatively high profit levels.

“The balance of these effects has lead overall U.K. growth to slow in the first half of 2017, even as growth in the rest of the G-7 was picking up, and U.K. growth looks set to remain weaker than the G-7 average until mid-2018,” Carney said.

Before Britain voted to leave the EU in June 2016, the country had been one of the fastest-growing economies in the G-7 — the other members being Canada, France, Germany, Japan, Italy and the U.S.

But in 2017, it’s been the slowest-growing amid uncertainty over what Brexit means. The British government triggered the two-year exit process, but discussions with the EU have made little headway, stoking fears that the country could end up crashing out of the EU in March 2019 without a trade deal.

Carney said Britain’s current weakness is a rare experience over the past three decades, noting that the only other times it’s trailed the pack were in the depths of the global financial crisis around 2008-9, and following the collapse of an economic boom in the late 1980s that had been fueled by tax cuts and deregulation in financial markets.

Despite the soft growth, Carney reiterated that the central bank stands ready to raise interest rates in “coming months” to keep a lid on rising prices. Inflation has been largely stoked by the Brexit decision, which caused the pound to drop sharply, raising the cost of imported goods like food and energy.

Last week’s big hint from the bank’s rate-setting panel that it could raise its main interest rate from the current record low of 0.25 percent as soon as November gave the pound a big lift.

In his speech, Carney said that any increases would be “gradual” and “limited.” As a result, the pound gave up some of last week’s gains, and was trading 0.6 percent lower at $1.3511.

“There remain considerable risks to the U.K. outlook, which include the response of households, businesses and financial markets to developments related to the process of EU withdrawal,” he said.