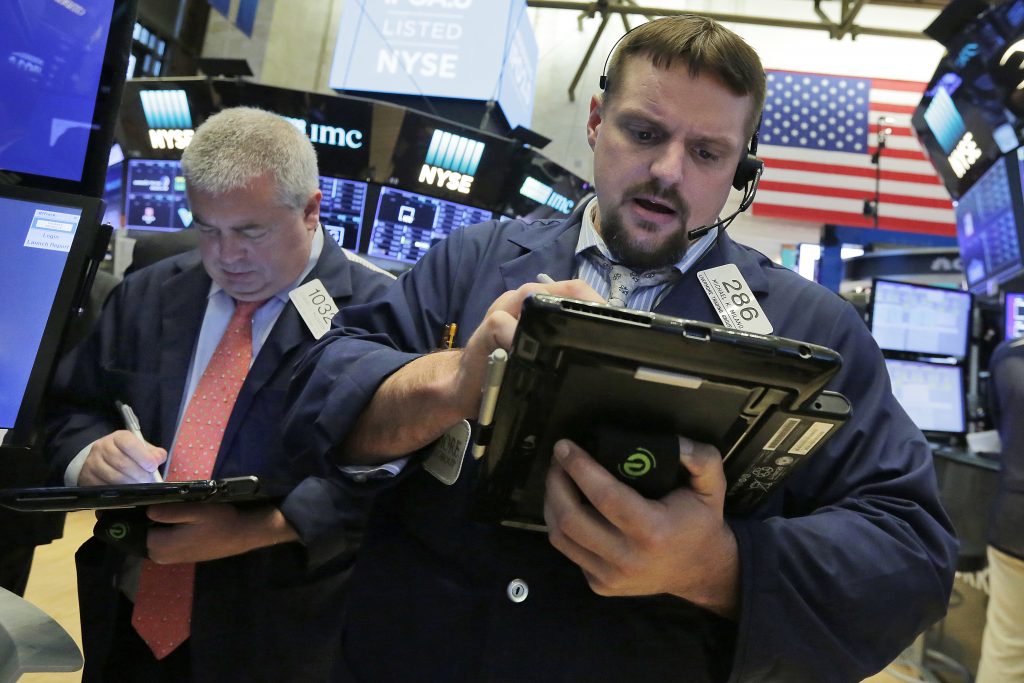 U.S. stocks are mixed Thursday after finishing at record highs the last two days. Companies that sell everything from clothes to groceries are slipping after the government said prices paid by consumers jumped in August. That could be a sign that inflation is increasing, which would push the Federal Reserve to raise interest rates at a faster pace and slow the economy down. Health care and energy companies are rising.

PRICES: U.S. consumer prices grew 0.4 percent in August, according to the Labor Department, and they’re up 1.9 percent over the last year. The increase in August came because gas and housing costs rose. That could show that inflation is rising, but it’s not clear how much of the increase in gas prices was due to Hurricane Harvey, which deluged the Gulf Coast region in late August and caused drilling rigs and refineries to shut down.

The Federal Reserve is meeting next week and investors wondered if Thursday’s report makes it more likely the Fed will raise interest rates later in the year. Higher interest rates make borrowing more expensive and slow down economic growth.

Hospital chain Tenet Healthcare climbed $1.02, or 6.3 percent, to $17.26 after the Wall Street Journal reported the company may sell itself.

DEAL DEAD: Chipmaker Lattice Semiconductor wobbled after the U.S. government stopped its sale to a firm backed by the Chinese government because of national security concerns. Lattice accepted the $1.02 billion offer from Canyon Bridge Partners in November, but investors have long been skeptical that the deal would be completed. Last week a U.S. government panel said the sale should be blocked.

OVERSEAS: The Bank of England kept its key interest rate at a record low but indicated that it could start raising rates sooner than markets have been expecting. That sent the pound higher and British stocks lower. A stronger pound would hurt the earnings of British companies that do a lot of business overseas.