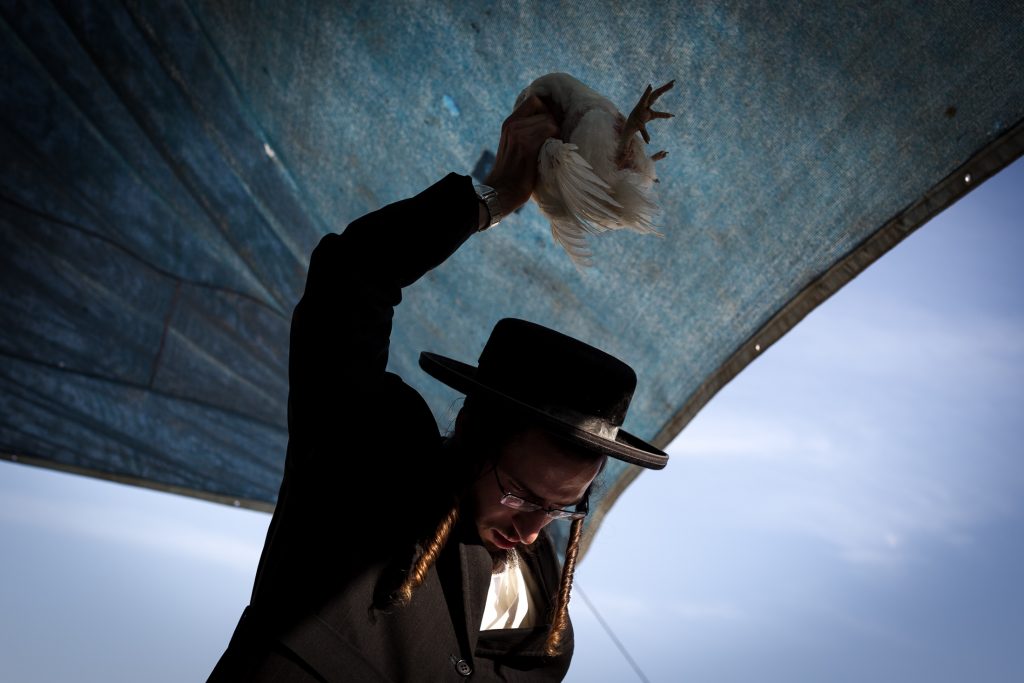 Anti-kapparos activists have lost another legal battle, as a federal appellate court denied their motion for a preliminary injunction banning the use of chickens in kapparos.

Virginia-based United Poultry Concerns (UPC) had sued Chabad of Irvine, California, in federal court, alleging that the kapparos ritual constitutes an unfair business practice. The San Diego-based Animal Protection and Rescue League (APRL), another animal-rights group, sued Chabad in state court, alleging violations of California’s animal-cruelty, environmental and sanitation laws. Both lawsuits were dismissed, and attorney Brian Pease, who is representing the animal-rights groups in both cases, is appealing.

A week before Rosh Hashanah, the U.S. Court of Appeals for the 9th Circuit denied UPC’s request for a preliminary injunction that would have banned the use of chickens in kapparos until the appeal is ruled on. The court’s denial of the injunction ensures that, baruch Hashem, Jews in Irvine can conduct kapparos as usual this year.

“The First Amendment guarantees the right of this synagogue to practice its historic faith,” said Stephanie Taub, an attorney at First Liberty, a religious-liberties law firm representing Chabad pro bono. “When will these animal rights activists learn that they cannot use the courts to intimidate this synagogue?”

UPC had previously brought a state anti-kapparos lawsuit against a number of shuls and individuals in Los Angeles; that suit was dismissed in 2016.

Animal-rights activists led by Pease are now trying a different tactic in their quest to ban the use of chickens in kapparos: suing police departments.

In a lawsuit against the Irvine and Los Angeles police departments filed recently in California federal court, reports The Orange County Register, APRL argues that the police departments protect the “illegal killing of animals” by allowing the use of chickens in kapparos.

“The animal-cruelty laws can only be directly enforced by law enforcement,” says Pease. “The cities just don’t want to touch this because religions are involved.”

Los Angeles-based attorney Aryeh Kaufman, who represented, on a pro bono basis, many of the defendants in the Los Angeles case that was dismissed in 2016, told Hamodia, “It’s unfortunate that the animal-rights activists think that suing the police departments of Irvine and Los Angeles will put an end to an ancient, sacred Jewish ritual, which is performed in the most humane way possible.”

In the suit, APRL asks that its members be permitted to “place individuals who kill and discard chickens under private persons arrest.”

“These activists know no bounds,” said Taub. “Since they cannot win in court, now they’re claiming the right to physically arrest their fellow countrymen for practicing their faith.”

On Erev Rosh Hashanah, First Liberty obtained an assurance from Pease that animal-rights activists will not interfere in kapparos rituals this year.

“No one has interfered nor is planning to interfere this year,” Pease wrote in an email. “No one is going to physically attempt to place anyone under private persons arrest.”

“We hope these activists keep their word,” said Taub. “No one should fear being placed under arrest, by the police or fellow citizens, for peacefully exercising their religion.”